Bollywood star Aamir Khan's latest film Laal Singh Chaddha continues to stir controversy even after its release. The film is in troubled waters now as a Delhi-based lawyer has accused Aamir and the makers of disrespecting the Indian army and hurting religious sentiments. 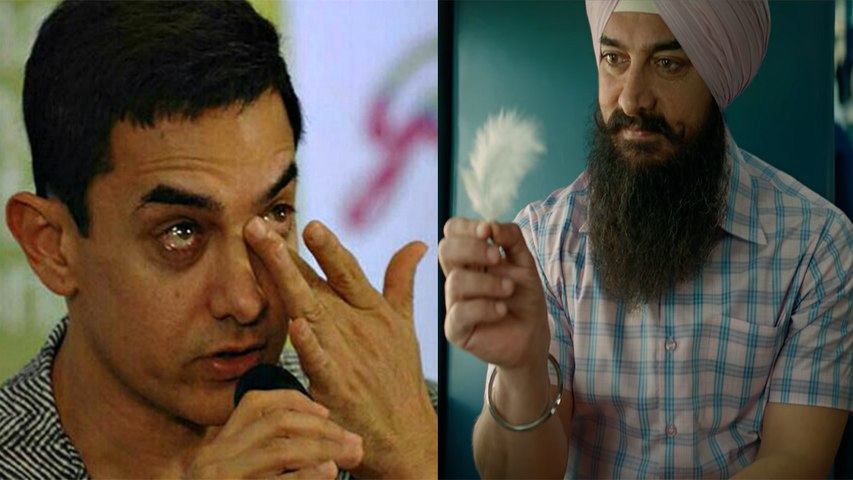 According to ANI, Delhi-based Vineet Jindal lawyer submitted a complaint to Delhi Police Commissioner Sanjay Arora against Aamir Khan, Paramount Pictures and several others. He stated in his complaint that the actor's portrayal of Laal Singh Chaddha is disrespectful to the officers of the Indian Army.

As per the news agency, the complaint read, "In the movie, the makers have depicted that a mentally challenged person was allowed to join Army to fight in the Kargil War. It is a well-known fact that the best army personnel were sent to fight the Kargil war and rigorously trained army personnel fought the war but the movie makers intentionally depicted the said situation to demoralise and defame the Indian army."

Further, Vineet also alleged in his complaint that a scene in Laal Singh Chaddha hurts the religious sentiments of a particular community. The sequence in question has a Pakistani army officer asking Aamir Khan's character Laal the reason why he is never seen praying to which the latter says, "My mother said all this puja paath is malaria. It causes riots."

Jindal claimed in his complaint that this scene and statement not only instigates and provokes sentiments but that it also causes enraged emotions among the Hindu religion followers.

"This statement shows his intent of waging war and activating enmity between different groups on the grounds of religion which is against the ideology of a secular democratic country like and also mischief against Indian army which is a criminal offence as per the law of the land," the advocate said in his complaint.

Vineet has sought registration of an FIR against Aamir Khan and others involved under sections 153 (wantonly giving provocation with intent to cause riot), 153A (promoting enmity between different groups), 298 (wounding the religious feelings of any person), and 505 (statements conducing to public mischief) of the India Penal Code.