Prabhas-Saif Ali Khan's upcoming magnum opus Adipurush has become a talking point ever since the makers dropped the teaser of the film a few days ago. Even before its release, the ambitious outing has stirred many controversies. 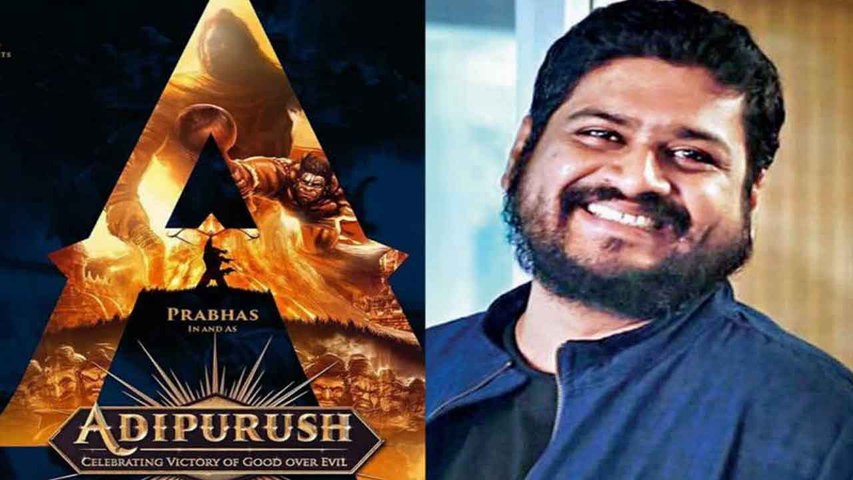 Besides getting mocked for the poor VFX, a section of people have also demanded a ban on the film for misrepresentation of the Ramayana. Adipurush features Prabhas as Raghav, Saif Ali Khan as Lankesh and Kriti Sanon as Janaki.

In his latest interview with India Today, director Om Raut defended the portrayal of Saif's character Lankesh after a lot of people compared his look to Ranveer Singh's Alauddin Khilji from Padmaavat.

While speaking with the news portal, Raut assured everyone that he and his team haven't done anything wrong in the film.

He was quoted as saying, "We have not done anything wrong in this film. People are getting a few things wrong here. With this film, we want to introduce the story of Lord Ram to the world. We want to spread his teachings among the youth. If we represent it in a way through which we can reach the new generation, then only we can talk to the new generation. Is there any less belief in this because of this? No. We have maintained the sanctity of everything."

Reacting to the criticism around the portrayal of Ravana in Adipurush, the director said that how people picturise Ravana is based on how people in earlier times perceived him. He said that he picturises Ravana in a different manner and that he is still a demon for him. Raut also added that he doesn't imagine him with a big moustache.

"The Ravana that we saw earlier was an artistic representation of the evil that Ravana was. My Ravana is demonic too, but in today's time, if I picturise Ravana like this, then that is it. If you say, that I have changed his colour, then I disagree. It's the same colour, it's the colour of religion," he told India Today.

In the same interview, Raut also addressed claims about him changing the look of the Pushpak Viman, a vehicle on which Ravana abducted Sita and said, "Who said it is Pushpak Viman? We have just shown 95 seconds of our film."

Amid the ongoing boycall calls around Adipurush, Om Raut said that he is determined that his film will release the big screens as per the schedule and that he won't disappoint anyone.

Adipurush is slated to hit the theatrical screens on January 12, 2023.