Abhishek Bachchan and Aishwarya Rai Bachchan's daughter Aaradhya Bachchan is already a star in making like her parents and grandparents and her latest viral video will prove the reason behind the same. In a video that has been going viral on social media, Aaradhya can be seen sending Christmas greetings for a school event of hers. The virtual event has her urging everyone to be a Secret Santa even when it's not Christmas.

Talking about the same, Aaradhya Bachchan can be seen wearing a red dress and a Santa hat along with adorning a festoon around her neck. Aaradhya can then be seen saying, "While 'tis the season to be jolly, it is also time to think about giving, giving without any expectation or receiving anything in return whatsoever or even being thanked. The spirit of Christmas lies in being a secret Santa throughout the year. Can we be a secret Santa even when it isn't Christmas? Think about it." The kiddo exudes utmost grace and confidence while saying the same that has left the netizens gushing over the video. Take a look at the same.

Aaradhya Bachchan's mother Aishwarya Rai Bachchan shared a picture with her on her social media handle to share a New Year's wish for their fans. Sharing the same, the Hum Dil De Chuke Sanam actress wrote, "Here's wishing you all a very Happy New Year with lots of Love, Peace, Good Health and Happiness God Bless." Aaradhya's birthday was celebrated by Aishwarya and her father Abhishek Bachchan on November 16, last year in the Maldives. 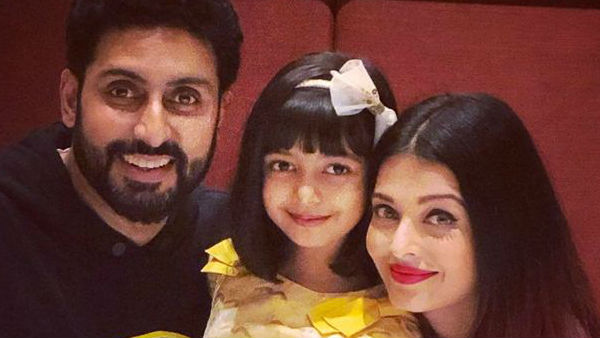 Abhishek Bachchan Blasts Trolls For Targeting Aaradhya; 'If You Have Anything To Say, Say It To My Face' 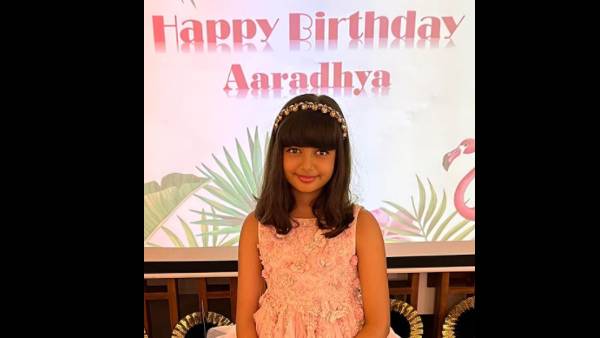 Meanwhile, in an earlier interview with BollywoodLife, Aaradhya Bachchan's father Abhishek Bachchan spoke about his daughter being trolled during her public appearances. Be it for her accompanying her mother Aishwarya Rai Bachchan or for her walking mannerisms, the ruthless trolls do not spare the kid too. On this, the Big Bull actor said, 'It's completely unacceptable and something that I will not tolerate. I'm a public figure that's fine, my daughter is out of bounds. If you have anything to say, come and say it to my face." Well, nevertheless, looking at this viral video, one can surely say that Aaradhya is already camera-ready like her parents and grandparents.