Akshay Kumar took to his social media handle to announce the wrap of his upcoming movie Ram Setu. The actor shared a heartwarming video wherein he can be seen crediting the team of the movie for their effort. The entire cast and crew can be seen cutting a cake while celebrating the wrap.

The video shows Akshay Kumar in his salt and pepper bearded look from Ram Setu wherein he can be seen saying in Hindi that to make the Ram Setu, the Vaanar Sena was needed. He adds saying that to make his movie Ram Setu, his Sena that is the crew of the movie was needed. The Phir Hera Pheri actor then pans the camera to the crew of the film who leave out a huge cheer. 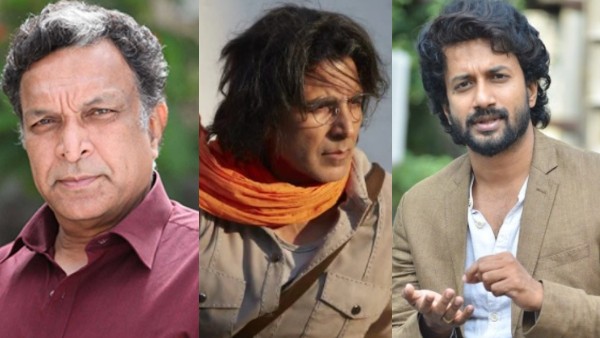 The cast and crew can be seen cutting the celebratory cake which includes Akshay Kumar and Jacqueline Fernandez. Sharing the video, the Bhool Bhulaiyaa actor captioned the same stating, "Here's to the wrap of yet another amazing project #RamSetu. I learned so much during the making of this film, it was like going to school all over again. बड़ी मेहनत की है हम सबने, अब बस आप का प्यार चाहिए." Take a look at the same.

Here’s to the wrap of yet another amazing project #RamSetu. I learned so much during the making of this film, it was like going to school all over again 🙈. बड़ी मेहनत की है हम सबने, अब बस आप का प्यार चाहिए 🙏🏻 pic.twitter.com/v5ywciUu8F

The movie Ram Setu is helmed by Abhishek Sharma and also stars Nushrratt Bharuccha in the lead role. Akshay Kumar will be playing the role of an archaeologist in the movie. The movie is touted to release on Diwali this year. Earlier in May 2021, it was reported that the film has added two South actors to its star cast. This included veteran actor Nassar and Telugu actor Satyadev. 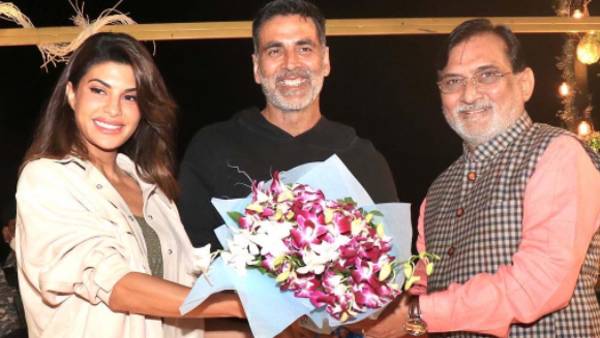 A news report in Pinkvilla had quoted a source to reveal, "Ram Setu is among the most ambitious films of Akshay Kumar and the team is going all out to ensure an able cast on board the film. The two south names have signed on to play key roles in Ram Setu and will start shooting with Akshay soon. While the details of their character have been kept under wraps, it's said to be a well meaty and well-sketched role." Producer Vikram Malhotra had earlier revealed that Ram Setu is a story formed on facts, science and historical heritage and is anchored in the deep belief of Indians for centuries.