Akshay Kumar's Ram Setu has been trending in digital media ever since its announcement in 2020. Netizens have been eagerly awaiting the film's trailer for quite a long while. Well, the wait is finally going to be over as Akshay released the film's teaser on his Instagram Stories today. 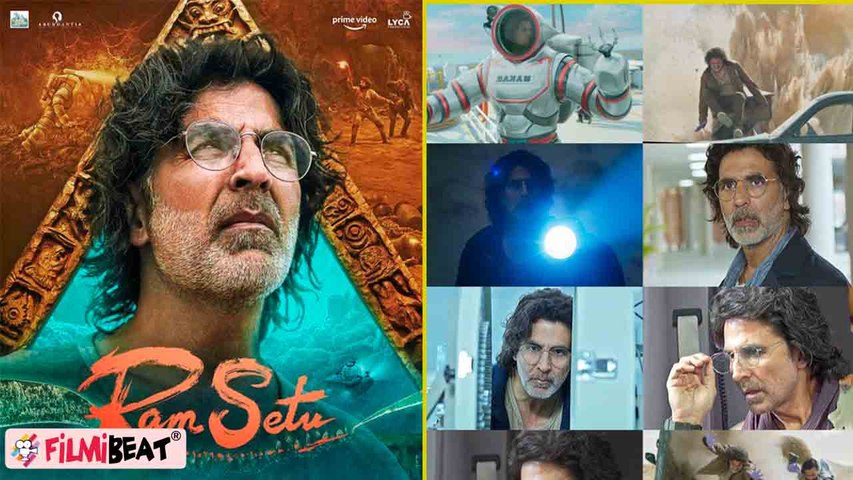 Akshay took to Instagram Stories this morning to share the film's first poster. In the poster, Akshay can be seen with an intense look with the poster background showing some stills from the movie. While sharing the poster, Akshay wrote, "Judiye hamaare saath aur baniye iss romanchak safar ka hissa....Ram Setu ki duniya bhar mein pehli jhakak, aaj dopahar 12 baje(Join us to be a part of this exhilarating journey....Ram Setu's first look, to be released worldwide at today noon). Are you all set? #Ram Setu. October 25th. Only in Theatres worldwide."

At noon, Akshay released the film's teaser in his Instagram handle. In it, Akshay can be seen partaking in exhilerating actions and chase sequences in his quest to protect the destruction of the Setu from unknown threats. Joining him on the quest is Jacqueline Fernandes and Godse star Satya Dev. Along with posting the trailer, Akshay commented, "Ram Setu ki pehli jhalak(First Look)....Just for you. Made this with a lot of love, hope you like it. Batana Zaroor(Do tell)."

As per reports from Pinkvilla, the makers of the movie will unveil an audio-visual unit to introduce the audience to the world of Ram Setu." A source close to the development team said that the audience will be surprised with the visuals of the action adventure.

Produced by Vikram Malhotra and directed by Abhishek Sharma, Ram Setu will star Akshay Kumar along with Jacqueline Fernandez and Nushrratt Bharuccha. The movie's principal photography started on March 2021, but its shooting was delayed due to the pandemic. The filming resumed later in October 2021 and finally wrapped up in January 2022. Ram Setu is now all set to release worldwide on 25 October 2022.