Birthdays are always special when someone you love is around you. Bollywood's sweetheart, Ranbir Kapoor, turns 40 today. This year's birthday is all the more special for Ranbir as it's his first birthday after his wedding to Alia Bhatt. Reports suggest that Alia is trying everything possible to make her beloved husband's day memorable. 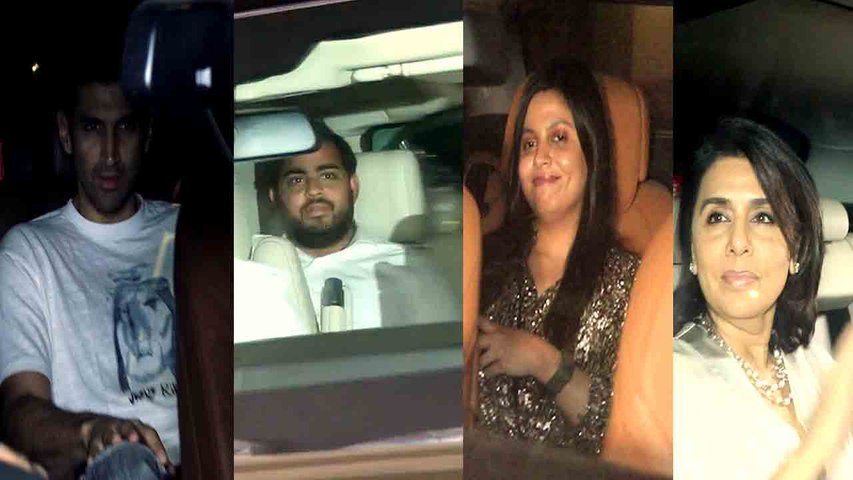 Alia and Ranbir are amongst the cutest couples in B-town. As fans are eagerly waiting to see the glimpses from the Barfi star's birthday celebration, a source close to the actress told Bollywood Life that Alia Bhatt and Ranbir Kapoor have been constantly working after their marriage. The couple haven't got the time to spend together.

The outlet quoted the source as saying, "Alia has planned a whole day to be splendid with her hubby in the most cutest way possible. The couple will first go for a romantic lunch together at their favourite restaurant and everything will be according to RK's favourite."

The source went on to add that the pair is extremely excited about welcoming their child and have already decided what duties to undertake as parents. "While the couple is aware that they won't get this special time and so Alia wants to make it every bit special," the source mentioned to the publication.

The couple is currently basking in the success of their latest release, Brahamstra. The film has done good business at the box office and has garnered a positive response from fans and critics.

On the professional front, the birthday boy will resume shooting for his next with Arjun Reddy-fame director Sandeep Vanga, Animal. The actor will be seen donning an avatar never seen before. Ranbir also has another Luv Ranjan directorial alongside Shraddha Kapoor.

Meanwhile, Alia Bhatt, who will be making her Hollywood debut with Gal Gadot in Heart of Stone, teaser of which was dropped recently and looks action-packed. She also has another Dharma Productions' film Rocky Aur Rani Ki Prem Kahani, opposite Ranveer Singh.