Alia Bhatt, the talented actress is all set to welcome her first child with husband Ranbir Kapoor. The Brahmastra couple is currently enjoying their babymoon, and Alia has treated her fans with a special picture. Sonam Kapoor, who is also pregnant with her first child, commented on Alia's Insta post, thus revealing the babymoon location. 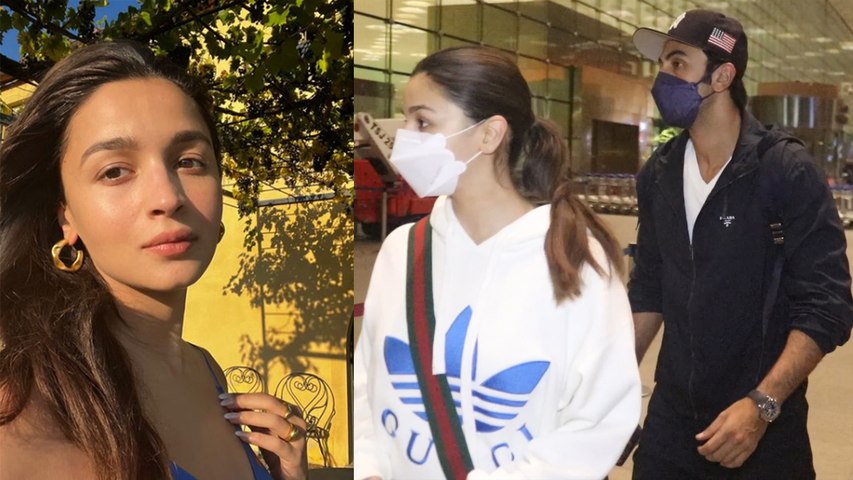 "Eternally grateful for this sunshine - THANK YOU for all the love my lovesssss ☀️☀️☀️☀️," the Darlings actress captioned her post, thus giving a glimpse of her babymoon glow. Sonam Kapoor took to Alia Bhatt's post and commented, "I went there for my Babymoon too! It's literally the best! Have fun!"

With her comment, Sonam Kapoor has confirmed that Alia Bhatt and Ranbir Kapoor are enjoying their babymoon at the same location in Italy, where she went for her babymoon. Alia is receiving a lot of love for her pregnancy glow in her latest Insta post, which has been winning the internet. The talented actress is currently enjoying the much-deserved break, after the success of her maiden production venture Darlings.

As per the latest updates, Ranbir Kapoor and Alia Bhatt are planning to kickstart extensive promotions for their ambitious project Brahmastra, once they return from Italy. The fantasy film, which is helmed by Ayan Mukerji, marks Ranbir and Alia's first on-screen collaboration. The highly anticipated project, which is being planned as a trilogy, will hit the theatres on September 9 this year.

In a recent interview, Alia Bhatt confirmed that she has no plans to take a maternity break. The talented actress intends to work till the very last stage of her pregnancy. The reports suggest that she will take a break from work for a month after her delivery. Alia Bhatt is planning to kickstart shooting for the multi-starrer Jee Le Zaraa by the first quarter of 2023.