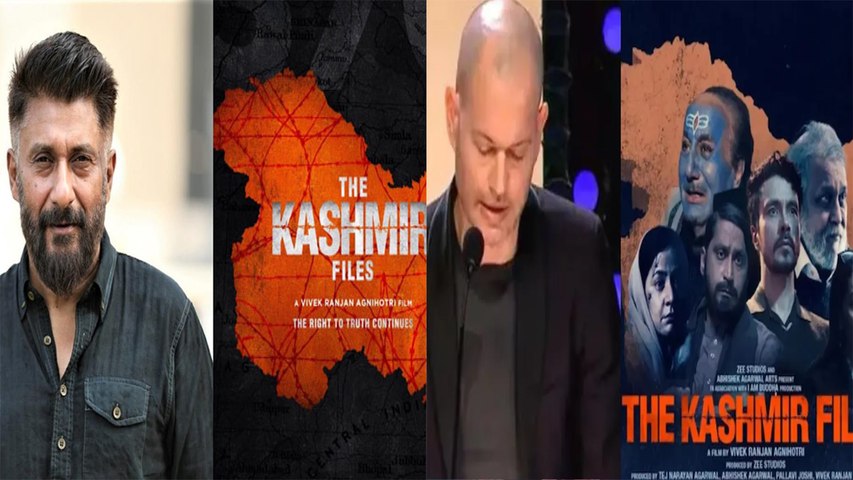 Vivek Agnihotri's The Kashmir Files has been going hand in hand with controversy ever since it has released. Starring Anupam Kher, Mithun Chakraborty, Darshan Kumar, Bhasha Sumbli, Pallavi Joshi, etc, the movie revolves around the exodus of Kashmiri Pandits from the valley in 1990s and has got the nation brimming with an opinion. Interestingly, The Kashmir Files was recently screened at IFFI Goa 2022. However, during the closing ceremony of the international film festival, the IFFI Jury Head Nadav Lapid called The Kashmir Files a 'propaganda, vulgar movie'. His reactions have sparked a debate on social media. Amid this, Vivek Agnihotri and Anupam Kher have also reacted to Nadav Lapid's criticism of The Kashmir Files.

For the uninitiated, Nadav Lapid stated, "All of us are disturbed. It felt to us like a 'propaganda, vulgar movie' inappropriate for an artistic competitive section of such a prestigious competition. I feel totally comfortable in sharing these feelings openly on stage since the spirit of the festival truly accepts critical discussion which is essential for art and life". To this, Vivek Agnihotri took to the micro-blogging site Twitter and wrote, "Truth is the most dangerous thing. It can make people lie. #CreativeConsciousness".

On the other hand, Anupam Kher, who played the lead in The Kashmir Files, called the criticism pre-planned and shameful. He said, "It's shameful for a person from a community (Jews) that suffered the holocaust to make such offensive remarks on a movie based on the exodus of Kashmiri Pandits. May God give him wisdom. If the holocaust is right, then the exodus of Kashmiri Pandits is also right". He also shared pics The Kashmir Files and Schindler's List on social media and wrote, "No matter how big the lie is, it's always small in comparison to the truth".

Meanwhile, amid the furore over Nadav Lapid's remarks, the jury board of the 53rd International Film Festival in Goa has distanced itself from its head's remarks on The Kashmir Files and also called the statement "his personal opinion".