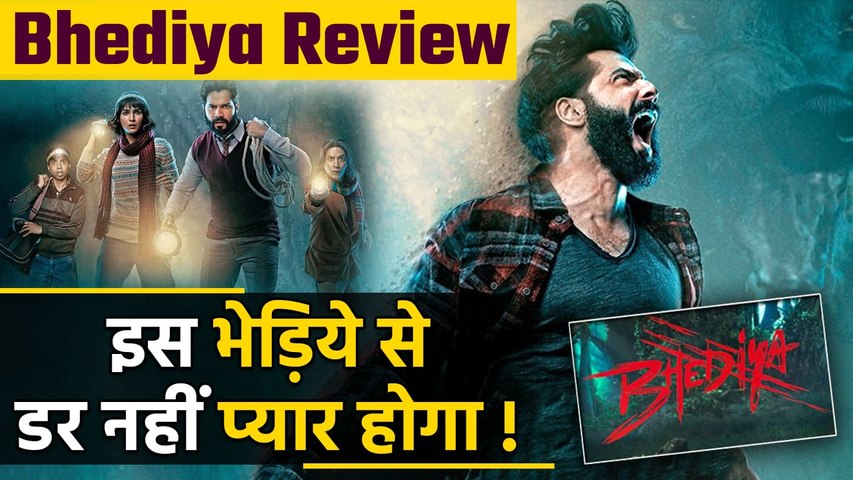 Released in 2018, Stree brought the genre of horror-comedy to life. It was a huge success at the box office and its actors garnered critical acclaim for their performances. After its success, director Amar Kaushik announced that the movie is the first part of a horror-comedy universe that will comprise multiple films.

True to the promise, the makers are going to release the second installment of the universe, Bhediya in your nearest theatres on November 25. Naturally, audience everywhere is anxious to know whether to watch the movie's first-day first show or not. But not to worry, overseas self-proclaimed reviewer Umair Sandhu is there to relieve you of all your tensions as he released his review of the movie before its official release!

Umair took to Twitter and wrote the Varun Dhawan starrer's review by saying, "#Bhediya is a unique concoction of humour and horror that floors you completely. At the box office, this entertainer surely has a chance to tickle the audience's funny bone, send a chill down their spine, and ultimately give them a roller coaster experience. Impressive! 3.5 stars/5 stars."

Though we can't confirm Umair's credibility as a reviewer, it feels like Bhediya can be an entertaining watch that no one should miss and may be best enjoyed in the theatres.

Directed by Amar Kaushik, Bhediya stars Varun Dhawan and Kriti Sanon as the lead. In the film, the duo work alongside great actors like Deepak Dobriyal, Abhishek Bannerjee, and Paalin Kabak. With the music of Sachin-Jigar, the movie's album is already a hit with the audience. In the song 'Thumkeshwari', actress Shraddha Kapoor made a cameo appearance. Though it is highly speculated, the audience will still have to watch the film to know if her character from Stree will be back in this movie or not.

Before Bhediya, Varun Dhawan was last seen in Jug Jugg Jeeyo opposite Kiara Advani. The film also starred Anil and Neetu Kapoor and was a hit at the box office. Varun will be seen next in Bawaal which is currently in post-production.

Kriti Sanon, on the other hand, will be next seen in Ganapath opposite Tiger Shroff. She is also working with Kartik Aaryan in Shehzada whose teaser was released on November 22nd. Additionally, she is cast as Sita/Janaki in Om Raut and Prabhas' Adipurush.