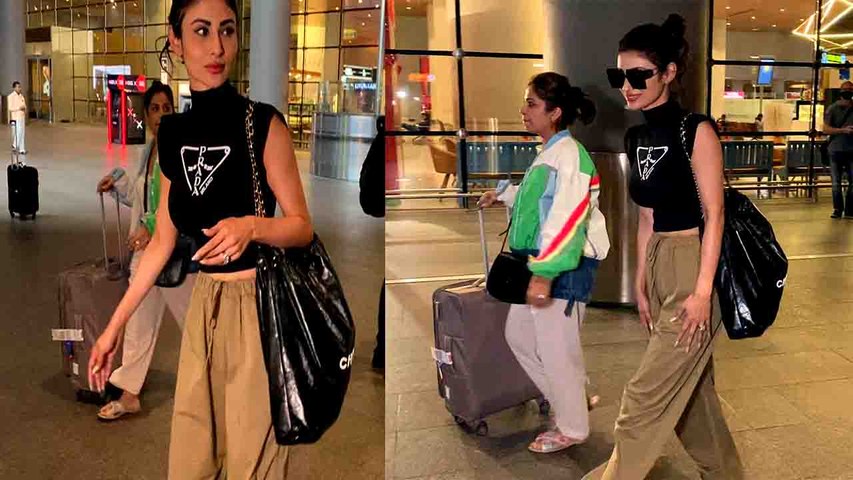 Recently, in a conversation with RJ Siddharth Kanan, Mouni said that while she is flattered by all the positive reactions coming her way for her performance, she won't presume to suggest that she has overshadowed the film's leads, Ranbir Kapoor and Alia Bhatt in any way.

Talking about how she bagged the part, the actress told Kannan that she landed the part in 2018, after a meeting with Ayan that was supposed to be for just 10 minutes, but went on for over three hours. She revealed that at that point, her character was called Obsession, and that it was supposed to be a small part in the film.

On being asked how it feels about being called the 'main lead' of the film, Roy shared that it feels like her hard work of many years has paid off.

"I believe that there's no short cut to hard work... When you see the fruits of your labour, it feels amazing. But this is everybody's film. Every single character is very important to make it what it is today, so you cannot negate anybody's contribution to the film," the actress told Siddharth Kannan.

She also reacted to a fan comment which stated that she had a more important role than Alia Bhatt.

Mouni said in her interview, "Why are you asking me such controversial questions? My role was mine. My responsibility was to play the antagonist, and that's what I focussed on, an that's what I did. It feels great when the audience receives your work positively... Because Junoon had a quiet confidence and power, the audience received it in a way that even I didn't anticipate."

Brahmastra upon its release, was praised for its spectacular visuals and grand scale. However, the epic fantasy adventure was criticised for its weak writing and Alia Bhatt's half-baked role. The internet was also flooded with jokes and memes about her character only saying the word 'Shiva' too many times in the film.