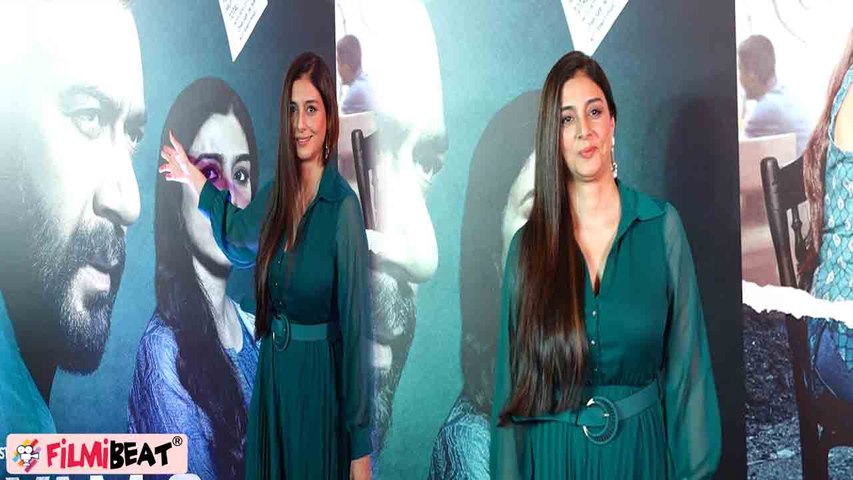 Abhishek Pathak's Drishyam 2 was released last week and has been making the right kind of noise at the box office.

Drishyam 2 was released on November 18 and opened to favourable reviews and every cast member is getting a good response from critics as well as moviegoers.

Ajay Devgn and Tabu have been entertaining their fans for decades now. Drishyam 2 is their 8th film together and both of them have delivered outstanding performances as always.

While both have proved their mettle as a performer time and again, the difference between their net worth is surprising.

According to a Bollywood Life report, Ajay Devgn owns total assets of a whopping Rs 300 crore while Tabu's net worth is said to be around Rs 25 crore. Yes, you read that right!

While net worth of Rs 25 crore is also good, Tabu surely deserves much better as she is counted among the most talented and versatile stars in Bollywood. Don't you agree?

While Ajay reportedly charges between Rs 30-50 crore per film, Tabu's fee is around 2-4 crore for each movie.

In London, Ajay Devgn owns a home in London worth Rs 54 crore while his Juhu bungalow costs Rs 30 crore.

On the other hand, Tabu owns three homes. Besides her Lokhandwala home, she also owns properties in Hyderabad and Goa.

The Singham star owns a wide range of cars including the Audi Q7, BMWZ4, and Rolls Royce Cullinan among others. He also has a private jet worth Rs 84 crores.

Tabu has cars like Jaguar, Mercedes, and Audi Q7 in her garage.

On the career front, both Ajay and Tabu have several interesting projects in their kitty. Ajay's upcoming slate of films include Maidaan and Bholaa while Tabu will be seen in Khufiya and Kuttey. Interestingly, she's also a part of e which will be her ninth film with Devgn