The feud between veteran singer Falguni Pathak and Neha Kakkar is hitting the headlines every day. Neha Kakkar recreated one of Falguni's superhit songs from the 90s, Maine Payal Hai Chhankai, which received severe backlash online. The recreated song was neither welcomed by fans nor by Falguni herself. The singer on several occasions and interviews showed her disappointment with the remade version. 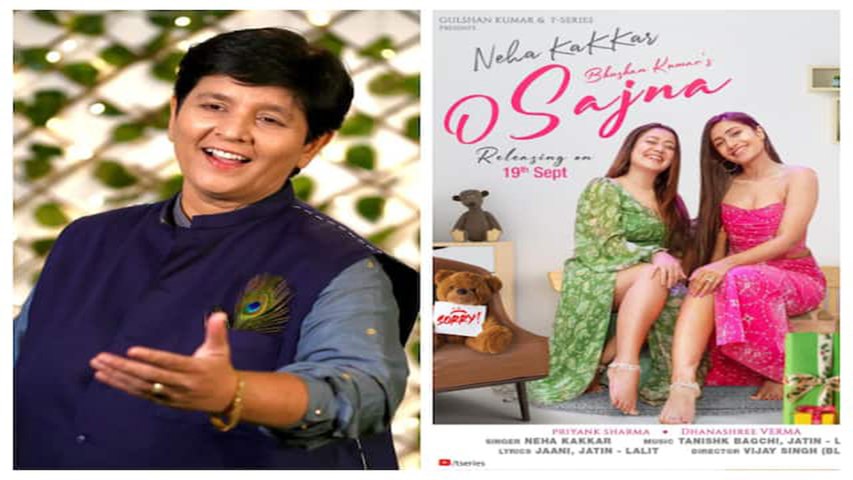 However, amid this controversy, the garba queen appeared on Indian Idol 13 with Neha Kakkar. And now, the singer, in a new interview, has said that she doesn't mind if her songs are recreated, but they should be done in such a way that they retain their original essence and are not spoiled.

Neha Kakkar's song O Sajna didn't go well with fans, and they slammed her for destroying old classics. Over the week, Falguni too shared supportive messages she was receiving from her fans. Talking to Mirchi Plus, Falguni mentioned that she hasn't watched Neha's version of her song and added that she is fine with her songs getting recreated but one should retain its simplicity. "Adapt karo lekin acchi tarike se karo. Remixes ban rahe hai aajkal aur acche bhi ban rahe hai jo humlog bhi stage pe gaate hai. Lekin usko acchi tarah se use karo na. Tum usko faltu kyu bana dete ho (Adapt but do it well. There are so many remixes being made well and even we sing it on stage. But do it well. Why do you spoil it)?"

"I think the song came out in 2000 and, till date, it is really fresh. Even when I perform the song now, people give us the same reaction and love that they had on the first day. Usko recreate karo, usme alag rhythm do, make it modern lekin achi tarike se karo na. Uski jo beauty hai, jo simplicity hai usko mat touch karo (Do recreate it, give it a different rhythm, make it modern but do it well. Don't touch the beauty and simplicity of the song)," Falguni said while speaking about her popular song Maine Payal Hai Chhankai.

Neha Kakkar released her version of Falguni Pathak's 1999 hit song Maine Payal Hai Chhankai, titled O sajna. The old music video featured Vivan Bhatena and Nikhila Palat. The song, composed by Tanishk Bagchi, received a strong backlash from audiences and, amid the backlash, Neha posted notes on Instagram talking about how everybody is jealous of her success and that she has worked very hard to retain her career as a singer.

However, Falguni was recently spotted on Indian Idol 13, where Neha introduced the singer as "legendary Falguni ma'am' and it looked like everything was good between them.