The first song from the movie Gehraiyaan titled 'Doobey' is finally out. The song is picturized on the infectious chemistry of Deepika Padukone and Siddhant Chaturvedi. The peppy music, upbeat vibe and breezy lyrics promise to make the song, the love anthem of the year.

Talking about the same, the song has Alisha (Deepika Padukone) and Zain (Siddhant Chaturvedi) start their passionate tryst. The two indulge in an intense romance and the beautiful camaraderie between Deepika and Siddhant is simply unmissable in the catchy track. The song has been crooned by Lothika and has been composed by Savera and OAFF. 'Doobey' has been penned by Kausar Munir. Take a look at the song.

The track has been designed by Ankur Tewari. In a statement, he spoke about the song saying, "From the onset, I knew that the music of Gehraiyaan had to be true to its story and allow the audiences to be absorbed into the world of these characters. Kabeer, Savera and our lyricist Kausar have all done a phenomenal job at bringing in the youthful essence yet keeping the intrigue intact! And Lothika's vocals add the right amount of freshness and intensity to the song." 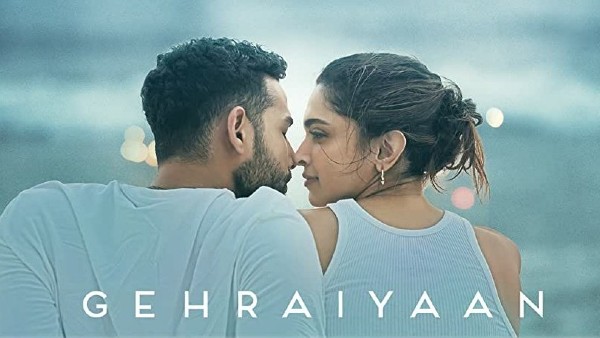 Musician Kabeer Kathpalia aka OAFF who has composed the song revealed, "It was an incredible experience to work on this film and its music. The adoration that we have been receiving since the first teaser, has been extremely special and definitely humbling. With Doobey, we wanted to recreate the feeling of freefalling; the heady rush of a new relationship, of being in love. Gehraiyaan is truly a special album for each of us and we're really hoping the audience enjoys listening to it as much as we enjoyed creating it."

Alongside Deepika Padukone and Siddhant Chaturvedi, the movie also features Ananya Panday and Dhairya Karwa as leads along with Naseeruddin Shah and Rajat Kapur in pivotal roles. Jointly bankrolled by Viacom18 Studios and Dharma Productions in association with director Shakun Batra's Jouska Films, the movie will have its World Premiere exclusively on Amazon Prime Video on February 11, 2022. It will be released in more than 240 countries and territories worldwide.