Hrithik Roshan and Saba Azad sparked off dating rumours when they were snapped together in January this year. While the alleged couple chose to keep mum about their romance, their mushy comments on each other's social media posts and public outings together hinted at something brewing between them. 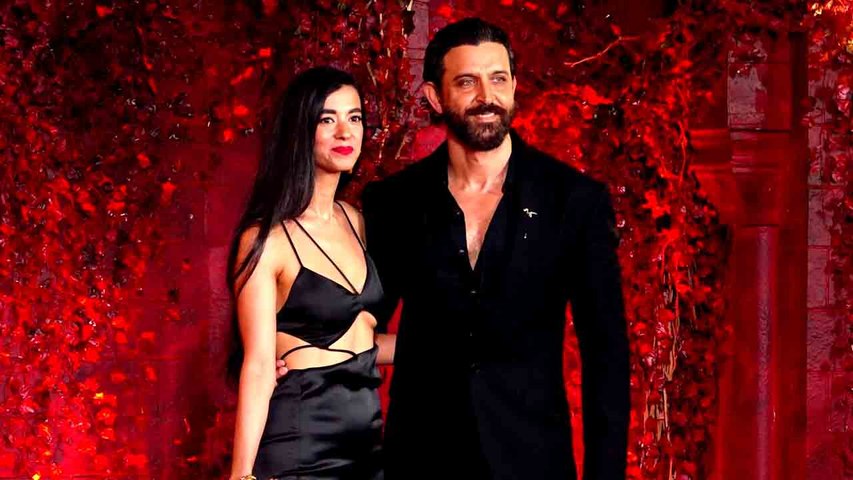 Well, the duo finally made their red carpet debut as a couple at filmmaker Karan Johar's star-studded 50th birthday bash which was held at the Yash Raj Studios in Mumbai on Wednesday (May 25).

Hrithik and Saba who have been painting the town red with their newfound romance, were seen twinning in black outfits as they walked hand-in-hand towards the venue and posed for the paparazzi. The War actor looked super hot in a black tuxedo while his lady love dazzled in a strappy black dress. The latter paired up her look with golden heels and clutch.

We also came across a video where Hrithik is seen introducing Saba to the guests by telling them her name. Soon, Brahmastra director Ayan Mukerji is seen entering the frame and hugging Saba before asking her if she remembers him.

Meanwhile, Hrithik's fans were impressed with his chivalrous behaviour. An Instagram user commented, "Such a gentleman❤️ introducing her to everyone & giving equal importance to her at party." Another one wrote, "They are so beautiful together ❤️" "Love them both, hope they're dating, fingers crossed 🤞🏽," read another comment.

Before introducing Saba to his industry pals, Hrithik introduced her to his family. Recently, the singer-actress even joined the Roshan family for a get-together and was seen posing with her beau's filmmaker dad Rakesh Roshan.