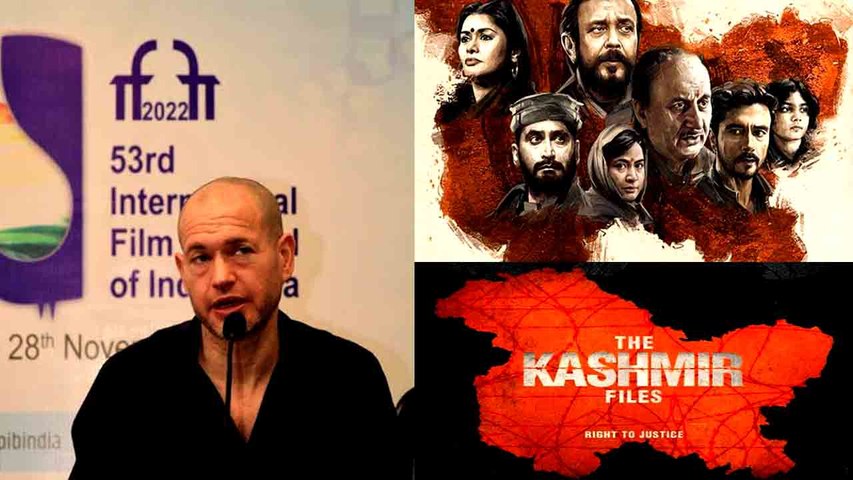 Israeli filmmaker Nadav Lipid's remarks on Vivek Agnihotri's The Kashmir Files stirred a political row in the country. His criticising the film as "propaganda" agitated many in the country, leading to a police complaint and a massive wave on social media. Lipid, who was the jury head at the IFFI, opened up about his stance and the aftermath he has been through.

What Did Nadav Lipid Said On The Kashmir Files?

Nadav Lipid, at the closing ceremony of the 53rd edition of the International Film Festival of India, called The Kashmir Files a "vulgar, propaganda" movie. He had said that he and his fellow jury members were "disturbed and shocked" by watching The Kashmir Files in an artistic competition segment of such a prestigious film festival since it was "a propaganda, vulgar movie".

His comments sparked a political row in the country, and the internet was on fire with the film's cast and crew coming to slam the filmmaker and defend their film.

Was My Duty To Speak: Nadav Lipid To Israeli Newspaper

Meanwhile, Nadav Lipid recently said that he stands by everything he has said because "in countries that are increasingly losing the ability to speak the truth, someone needs to speak up." Speaking up for himself, Lipid, who remains unvexed by all the criticism, clarified that his comments didn't "express one position or another on the conflict in Kashmir."

The filmmaker further added that what he said at the IFFI accounts to the sense of "duty" he holds as the president of the international competition section jury and that he has the right to speak his mind. He then said that he "knows how to recognise propaganda disguised as a movie."

While speaking to the Israeli newspaper Haaretz, Nadav Lipid stated that though making a bad film is not a crime, he asserted that Vivek Agnihotri has directed a "crude, manipulative, and violent" film. He stated, "Making bad films is not a crime, but this is a very manipulative and violent propaganda film. The truth is that I also couldn't help but imagine a similar situation that might happen one day soon in Israel, and I would be happy that in such a situation the head of a foreign jury would be willing to say things as he sees them. In a way, I felt it was my duty to the place that invited me."

In the same interview, Lipid went on to add that the slur he faced was not surprising. "Since this is a film that the Indian government encourages, I assume that the government there is not happy about it. But is a country only about its government? I assume not," he added.

He claimed that The Kashmir Files was intentionally "pushed into the official competition" of the film festival. Lipid told the publication, "We learned that the film was pushed into the official competition of the festival due to political pressure... I feel as a foreigner who arrives there, you have an obligation to say the things that the people who live there may have a harder time saying," In such contexts I don't believe in secrets and whispers. If you stand on stage and are asked to speak, what will you talk about? Only about the beaches you saw and the food you ate?"