India is celebrating the 75th year of Independence today. Our nation got its independence from the long British rule on August 15, 1947, after a very long struggle. On this Independence Day, the popular celebs of Bollywood, including Shah Rukh Khan, Salman Khan, Abhishek Bachchan, Ajay Devgn, Priyanka Chopra Jonas, and others took to their social media handles and extended warm wishes.

Check out the celebs' wishes here: 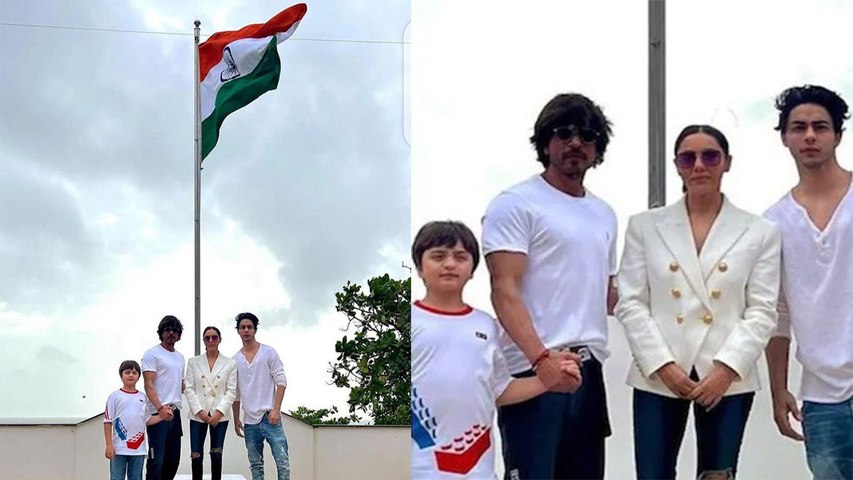 The Bollywood superstar took to his official social media handles and shared a video of unfurling the National Flag of India at his residence Mannat, as a part of the Independence Day celebrations. "Teaching the young ones at home the essence and sacrifice of our Freedom Fighters for our country India, will still take a few more sittings. But getting the flag hoisted by the little one made us all FEEL the pride, love, and happiness instantly," wrote Shah Rukh Khan in his post.

The talented actor took to his official Instagram handle and posted a video of Independence Day 2022 celebrations from the sets of his upcoming film Bholaa. "75 years of Independence; a happy & proud moment for each of us. May we go from strength to strength. Happy Independence Day to all. #HarGharTiranga 🇮🇳 @amritmahotsav @narendramodi @adffilms," Ajay Devgn captioned his post.

The actress posted a picture with her cricketer husband Virat Kohli in the backdrop of the National Flag and wrote: "Celebrating 75 years of our independence 🇮🇳
Wishing all the Indians around the world a very #HappyIndependenceDay ! Jai Hind 🧡🤍💚"

The charming actress took to her official social media handles and shared a special video message with her fans and followers, on the occasion of Independence Day 2022. "Happy Independence Day 🇮🇳 May we continue to grow and become stronger over the next 75 years to come♥️🇮🇳✨🧿🫶," Shilpa Shetty captioned her post.