Jaya Bachchan is often seen getting angry at the paparazzi. However, this time, it was fans of her actor-son Abhishek who were at her receiving end. The veteran actress along with Jr Bachchan, had gone to offer prayers to the famous Kali Bari temple in Bhopal. 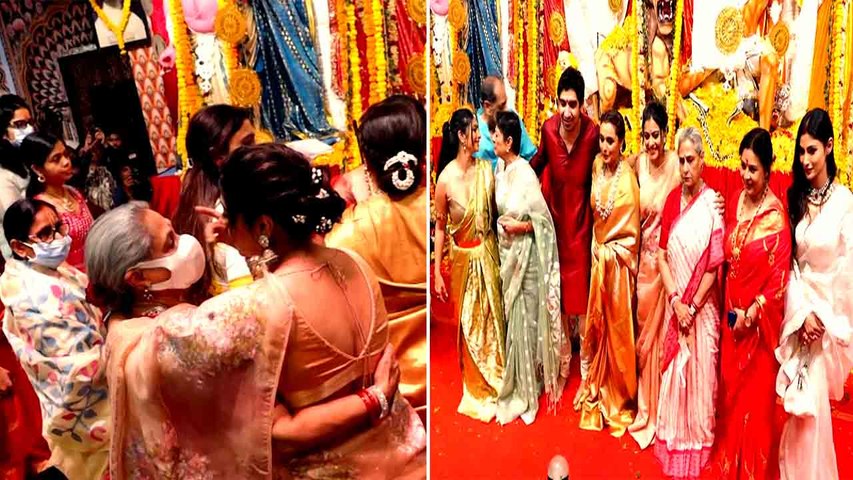 In the crowded temple, two young girls requested Abhishek for a selfie which he happily obliged to. Seeing this, many people thronged the Bob Biswas actor for pictures resulting into chaos. This didn't go down well with Jaya Bachchan who lost her temper and snapped at them as they mobbed her son.

A video of the Kabhi Khushi Kabhie Gham actress has surfaced on social media in which she is seen saying, "Aap logon toh chod dijiye na? Sharam nahin aati aap logon ko?" (At least you people leave him alone? Don't you have any shame?).

At the end of the video, we see her turning around and yelling at someone, "Kya kar rahein aap? Sharam nahin aati aap logon ko?"

Jaya Bachchan's frosty relationship with the shutterbugs is known to all. Earlier in March this year, the senior actress was seen getting angry at the paparazzi for clicking her pictures while she was leaving from her daughter Shweta's birthday bash. More recently, when she attended the Durga Puja festivities with Kajol and Rani Mukerji, she looked a tad annoyed when the photographers kept clicking her pictures. At one point, she told them to stop adding that they had taken enough photos.