SS Rajamouli's latest pan India release RRR starring Ram Charan and Jr NTR, opened to rave reviews from the critics and is on a record-breaking spree at the box office. After a bumping opening, this magnum opus has minted a worldwide collection of over a whopping Rs 500 Crore in four days.

Amid this, Jr NTR in a new interview with Film Companion's Anupama Chopra, opened up on the film's blockbuster success. The actor said that the team is elated and added that all their efforts have paid off. 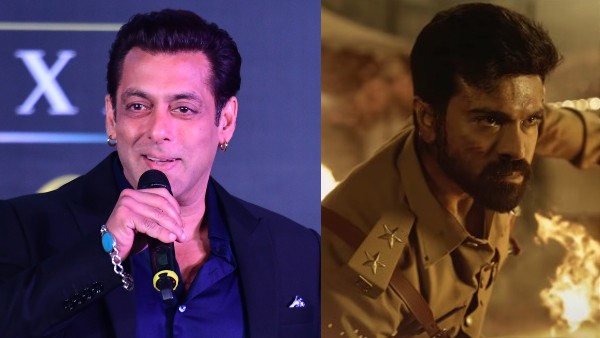 He added, "People have had tough times dealing with COVID and so did our industry. We all went through hell so they were just waiting and waiting for RRR to hit the screens because it wasn't an easy job shooting for a movie like like. It demanded a lot from us as actors. We actually needed to focus on ourselves as actors to really make this dream of RRR for director Rajamouli to come true because we were the faces of RRR. Yes, it was challenging for him to pull that off especially after the Baahubali franchise. It was very tough. So, all efforts have paid off. The country is loving it, the audience is loving it. What else can the RRR team want?"

When pointed out how RRR has now made him a pan-India star and asked whether that would affect his way of choosing films, Jr NTR explained, "My chase is going to be simply. I really want to satisfy as many audience as I can. For me, my career is going to be addressed before RRR and after RRR. My empasize is still the same. I want to be a part of a film which gives me that joy, happiness and fulfillment as an actor. I am still going to keep chasing that dream. I am going to emphasize on being naive, innocent as an actor."

In the same interview, Jr NTR also revealed that he would love to do a full-fledged Hindi film and said that working with Rajkumar Hirani and Sanjay Leela Bhansali features on his wishlist.

Tarak as the fans lovingly call him, said, "I would like to work in a proper only Hindi film. I am an actor and for me, language is not a bar. As Rajamouli says, the languages may differ but the core emotion remains same. We all believe in drama; it never changes because you have changed the state. Again, the emphasis is going to be my satisfaction as an actor. There are many, but I like Rajkumar Hirani's films. He makes films which puts us in front of the mirror. It's like a self check. I like the films that he has done. I like Sanjay Leela Bhansali and his big films too. He is somebody who emphasizes on strong characters in his films. His films are mounted on extra glorious big canvas. For me, as long as I am satisfied as an actor, I would love to chase that dream."

"There are only few filmmakers and many actors. We all filmakers should start making films where we have a lot of crossovers and exchange of talent. To entertain the audience, you need to come up with films like RRR. This is what we used earlier. For me, Avengers is nothing but a Sholay or a Karan Arjun or a Ram Lakhan. It would be great and I think we have realised that. We are going to see movies with lot of actors coming together. It will and should happen."