Actress Kangana Ranaut leaves no stone unturned in attacking celebrities whom she does not like. Her recent attack was launched at actress Ananya Panday during the promotions of her upcoming film Dhaakad. It all happened when Kangana graced the chat show of Kapil Sharma 'The Kapil Sharma Show' and when she was asked about what does she mean by 'Bolly-bimbo', she imitated Ananya Panday. 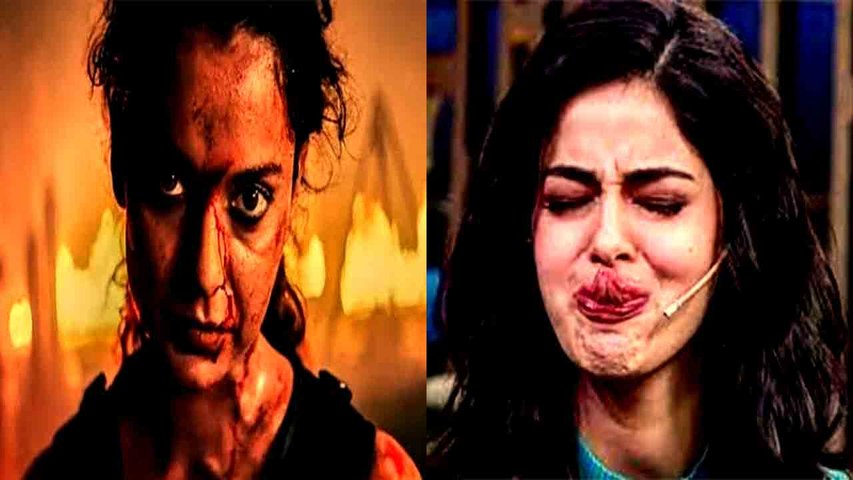 No so long ago, when Ananya graced the chat show of Kapil Sharma, she had touched her nose with her tongue and said that it's her talent. Kangana imitated her in a similar way and without even naming her, she made it pretty obvious that she is talking about her.

The video has taken social media by storm.

Reacting to the video, a netizen wrote, "Shame on you Kangana you made fun of an extremely talented actress , touching your nose with a tongue.. woah! No one can do it. I respect Ananya for her talent. This is shame we don't respect talent in India. My heart goes to Ananya for her efforts."

Another netizen wrote, "I am not fan of Kangana but tbh I like her brutually honest attitude. Bina darr ke apna opinion dena. I can relate."

"She is Fire not only by name but in reality too," commented another netizen on the viral video.

On a related note, directed by Razneesh Ghai, Dhaakad, which also stars Arjun Rampal and Divya Dutta, is all set to hit theatres on May 20, 2022. The film will clash on box office with Kartik Aaryan and Kiara Advani-starrer Bhool Bhulaiyaa 2, helmed by Anees Bazmee.