Kangana Ranaut will soon be seen in the actioner flick, Dhaakad in a slick avatar wherein she will be playing Agent Agni. The director of the movie, Razneesh Ghai recently took to his social media handle to share a throwback picture from the sets of the movie which also had an intense look of the actress from the same. Kangana was quick to share the post on her Instagram stories.

Talking about the same, the picture had director Razneesh Ghai looking at the camera and Kangana Ranaut can be seen standing beside him. The Tanu Weds Manu Returns actress could be seen wearing a brown kurta that she has paired up with a black Dupatta around her neck. The actress can be seen with her hair neatly tied up. 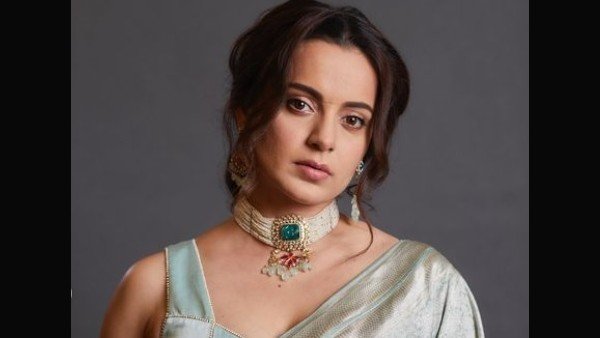 However, what was unmissable was that one can see an injury makeup done below Kangana Ranaut's right eye. The makeup is looking very realistic as if the Manikarnika: The Queen Of Jhansi actress has seriously injured herself. This may hint towards an action sequence being filmed before the scene. 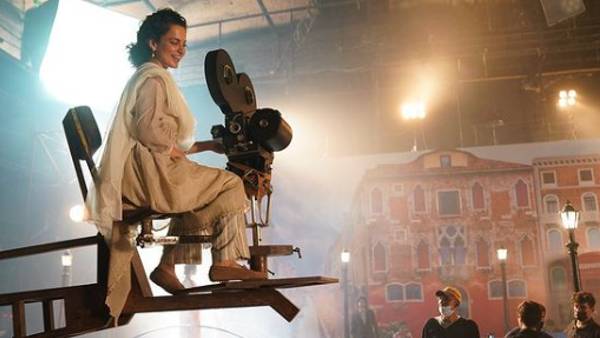 Razneesh Ghai captioned the same stating, "Miss the shoot days in Budapest with this "Talent Extraordinaire". Happy Republic Day From The Entire DHAAKAD team. @kanganaranaut #dhaakad". Take a look at the post.

Talking about Dhaakad, the movie will also be starring Arjun Rampal, Divya Dutta and Saswata Chatterjee in pivotal roles. Going by the looks of Kangana Ranaut that was released till now from the movie, it seems that she will be throwing in a lot of kicks and punches in the action-spy flick. Arjun will also be seen in a unique avatar in the movie wherein he has dyed his hair blonde. The Woh Lamhe actress had announced the release date of the film in October last year wherein she stated, "She is fierce, feisty and fearless. #AgentAgni is all geared up to set the big screen on fire. Bringing to you the action spy thriller #Dhaakad that will hit theatres on 8 April 2022."

Apart from this, Kangana Ranaut will also be seen in the movie Tejas. She is also working on her production venture, Tiku Weds Sheru. The actress further has movies like Emergency and Sita: The Incarnation in the pipeline.