Not so long ago, when Sara Ali Khan and Janhvi Kapoor graced the couch of Karan Johar's talk show Koffee With Karan, many netizens took to Twitter to slam the show host, as they felt that he was rude to the Kedarnath actress. In his recent tete-a-tete with RJ Siddharth Kannan, when Karan was asked about Sara, he opened up about doing two projects with her.

Karan said, "Sara Ali Khan is gonna do an amazing film with me, which I'm producing, which is gonna be for Amazon and we are very excited. And there's one more film that she will do for us, for which I'm also very excited. That's her future related to me. I don't know anything else that's happening in her personal life."

Karan also spoke about Ananya Panday and said that soon, she is going to date someone, but refrained from revealing the guy's name.

In the same interview, Karan also opened up about his bond with Alia Bhatt and wondered why people hate their bond so much.

"I think Alia and I just make each other cry. I see a lot of hate for the relationship both of us share like, online when I look. I don't know why people get so annoyed. I'm allowed to love somebody from my heart," said Karan. 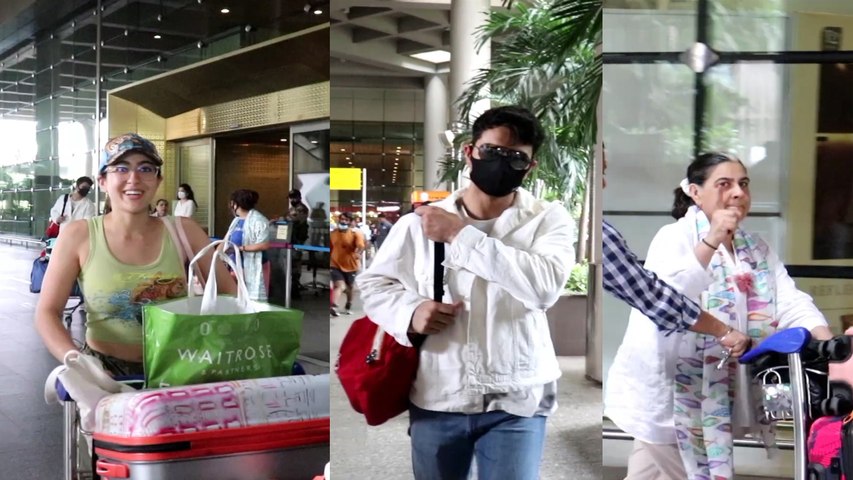 While speaking about his protégé Alia, Karan said that she is the first person for whom he had a parental instinct. He went on to add that he loves her and the country knows that she's one of the finest actors of Bollywood.

"I have a tremendous amount of love, respect and admiration and I'm allowed to say what I want about her. So, if I cry at her good news and I really feel good then I'm allowed to. I'm like a parent to her. Why should I be pretending for optics. I genuinely love her and I want to say it all the time," averred KJo.