As shocking as it sounds, the power couple of B-town Katrina Kaif and Vicky Kaushal receive threats from an unidentified person on social media. As reported by a media agency, Vicky complained to the police that the person had threatened him and his wife on Instagram. 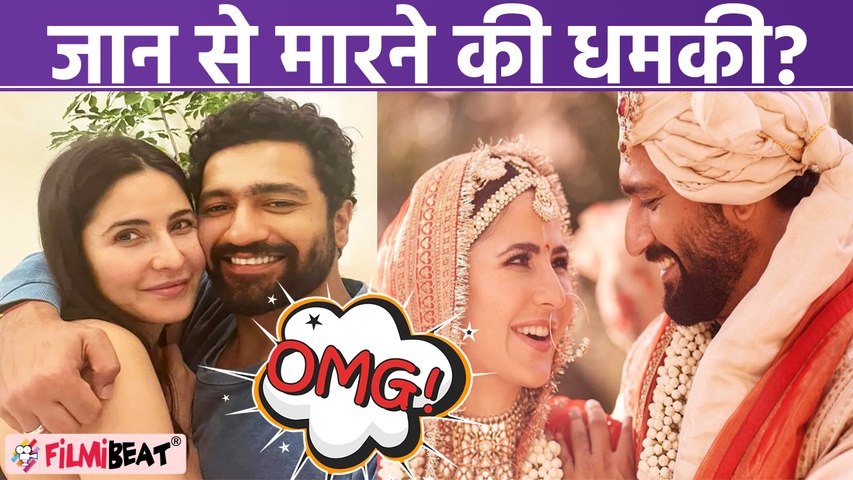 Based on the complaint, the Mumbai Police have registered an FIR against the unidentified person under Indian Penal Code Sections 506-II (criminal intimidation) and 354-D (stalking), the official said, adding that no arrest has been made so far.

"We have registered the FIR and are trying to get more details about the person," the official told PTI.

Now, the latest reports suggest that the police has arrested the stalker in the afternoon. As reported by Hindustan Times, the accused identified as Manvinder Singh is a big fan of the Ek The Tiger actress and wanted to marry her.

On a related note, recently, Katrina and Vicky celebrated the former's birthday in Maldives along with their close friends and family. The duo shared multiple pictures from the birthday celebration, which went viral instantly on social media.

With respect to work, Katrina has kickstarted the shooting of her upcoming film Merry Christmas, which is helmed by Sriram Raghavan.

Earlier today, she shared a few pictures on her Instagram page and captioned it as, "New Beginnings 💛. BACK ON SET with director #sriramraghavan for Merry Christmas! I've always wanted to work with Sriram Sir, He is a master when it comes to narratives that showcase thrillers and it's an honor to be directed by him. . Super excited to be teaming up with @actorvijaysethupathi for this one produced by @rameshtaurani & @sanjayroutraymatchbox."

Apart from Merry Christmas, Katrina has Phone Booth, Tiger 3 and Jee Le Zaraa in her kitty.