It was earlier reported that a dance number's shoot for the Katrina Kaif, Ishaan Khatter and Siddhant Chaturvedi starrer Phone Bhoot had been cancelled due to the sudden rise in the COVID-19 cases during December-end and the first week of January. Not only Phone Bhoot but several movies had their shootings stalled or postponed because of the Omicron scare. However, now that the cases are on a decrease again, one hears that Katrina Kaif has bounced back to rehearse for the dance number in her horror-comedy film.

According to a news report in Etimes, Katrina Kaif is back on the sets of Phone Bhoot and is rehearsing for the dance number at Yash Raj Studios. The track will be choreographed by Ganesh Hegde and will also star Ishaan Khatter and Siddhant Chaturvedi. The report further added that the song was supposed to be shot in December 2021 but was put on hold due to the rise in the number of cases. The report quoted a source from Bollywood to reveal, "All the shootings that were on hold are likely to resume by the end of the month, as cases in Maharashtra have begun to reduce. It has brought back the confidence in the film industry to return to work." 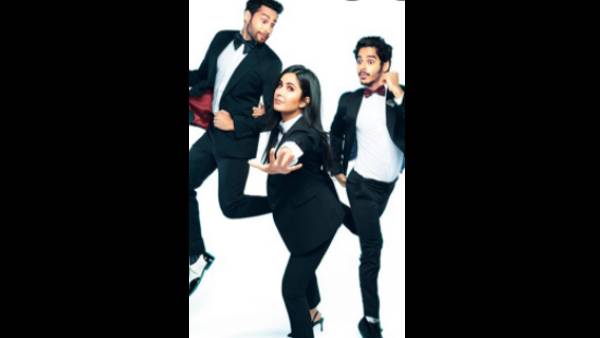 Apart from Phone Booth, a song from the movie Rocky Aur Rani Ki Prem Kahani starring Alia Bhatt and Ranveer Singh was also stalled for the same reason. Reportedly, the song will also be shot soon. It was earlier reported that the dance track from Phone Bhoot could not be shot earlier because there is a need for at least 100 background dancers in the movie which made it all the more difficult to shoot for the same amidst the rise in the number of COVID-19 cases. 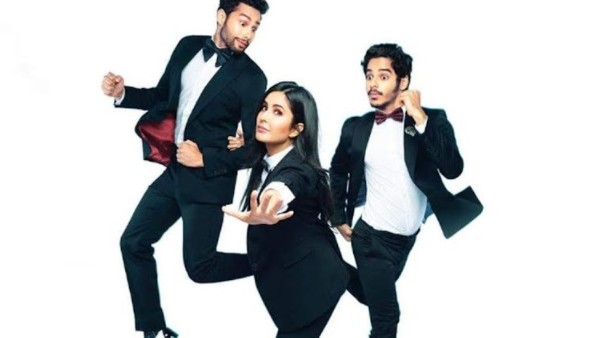 Talking about Phone Bhoot, the film is scheduled to release in the theatres on July 15, 2022. Helmed by Gurmmeet Singh, penned by Ravi Shankaran and Jasvinder Singh Bath, Phone Bhoot is Excel Entertainment's newest offering after Gully Boy and Toofaan. Interestingly, the release date of Phone Booth coincides with that of the iconic Zindagi Na Milegi Dobara that was released on 15th July 2011 and marks Katrina Kaif, Ishaan Khatter and Siddhant Chaturvedi's first movie together.