Ever since Katrina Kaif tied the knot with Vicky Kaushal in an intimate wedding in Rajasthan in December 2021, rumours about her pregnancy have been constantly surfacing on social media in the last couple of months. 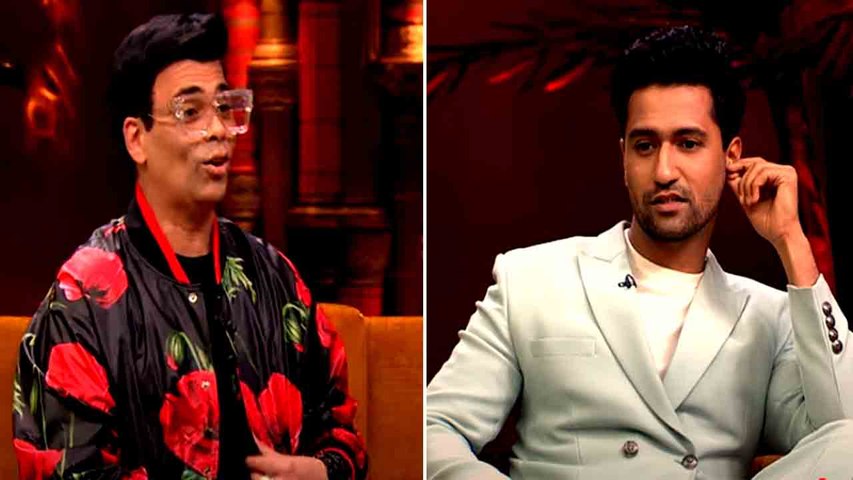 Recently, the actress once again sparked off these speculations when she was clicked at the airport, donning baggy orange trousers and an oversized sweatshirt. Eagle-eyed fans claimed that this outfit was Katrina's attempt to hide her baby bump.

Earlier, it was reported that the Dhoom 3 actress will be announcing her pregnancy on her birthday, however nothing of that sort happened. Now, the grapevine is abuzz with talks that Katrina Kaif might share this happy news on Karan Johar's popular talk show Koffee With Karan Season 7.

According a report by a media portal, a source has revealed that Katrina and Vicky are private people and don't like to share their life publically. But, Karan on his show might just ask Katrina about the pregnancy and there are chances that she might just make her pregnancy announcement.

"Katrina Kaif and Vicky Kaushal are extremely private people and they will never really come out and speak about their personal lives like other celebrity couples. But they will definitely announce their first pregnancy soon. Katrina is extremely close to Karan. In fact, their love story started on the couch. And Karan equally respects her privacy and will not even question her about the conjectures around her pregnancy. The actress will only reveal when the right time arrives," Bollywoodlife quoted a source close to them as saying.

Speaking about work, Katrina Kaif has Salman Khan-starrer Tiger 3 up next for release. She also has Sriram Raghavan's Merry Christmas alongside Vijay Sethupathi and Farhan Akhtar's Jee Le Zaraa co-starring Alia Bhatt and Priyanka Chopra in the pipeline.