It's no secret that Arjun Kapoor and Malaika Arora are dating. After being spotted together on dates, parties and events, the duo made their relationship public a couple of years ago. 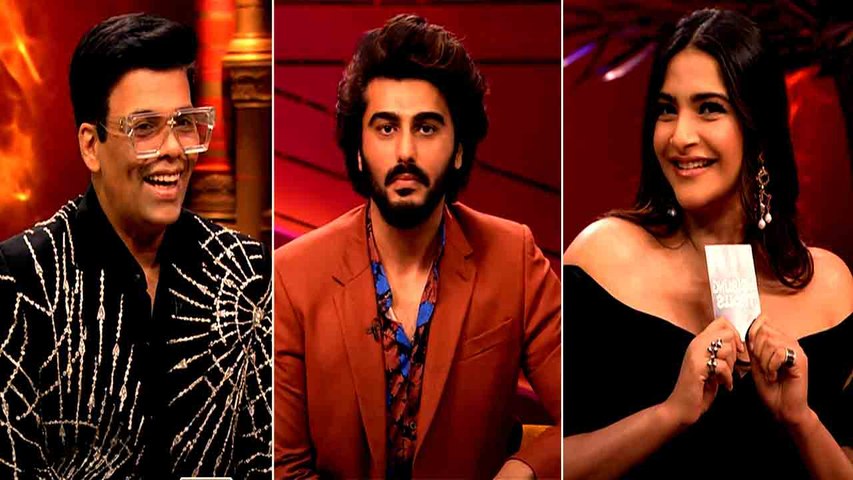 Recently, when Arjun Kapoor appeared as a guest with his actress-cousin Sonam Kapoor on Karan Johar's talk show Koffee With Karan, he was asked whether he has any plans of tying the knot with his actress-girlfriend Malaika.

To this, the Sandeep Aur Pinky Faraar actor said, "No. And honestly, because it's been two years of this lockdown and Covid and whatever was transpiring. I wanted to focus on my career."

Calling himself a realistic person, Arjun said that he doesn't need to hide anything and isn't being coy on the show. The actor said that he wants to a little more stable professionally in terms of emotions. He shared that he wants to take up work that makes him happy. According to Arjun, if he is happy, he can make his partner happy and live a happy life. He feels that a lot of his happiness comes from his work.

Further, Arjun also revealed that his girlfriend Malaika has met his grandmother. He said that he took enough time to reveal their relationship to their respective families and loved ones. Arjun told Karan that he and Malaika wanted to be sensitive towards their immediate families, the family of her ex-husband Arbaaz Khan and the public.

The actor said, "I will always think about everyone first. It is my choice to be with her, but I cannot expect everyone to understand. It has to be allowed to grow. I cannot expect everyone to understand easily. Darja dena padta hai, and I had to ease everyone into it including the public eye. It's not that we didn't talk about it as a couple. But there are baby steps. There is a basic understanding that she has had a life, she has a son, and I'm coming from a past that is aware of that. The moral compass of the country you cannot dictate."