In October last year, Aryan Khan was arrested by the Narcotics Control Bureau (NCB) in connection with an alleged drug bust on-board a cruise ship. After 25 days in jail, he was released on bail and later, upon further investigation, was cleared of all charges. While Aryan and Shah Rukh received immense support from their fans and the film fraternity, very few knew the hardships the family had to go through in the ordeal. In the recent Koffee With Karan episode, Gauri Khan opened up about the challenges the Khan family faced in that period. 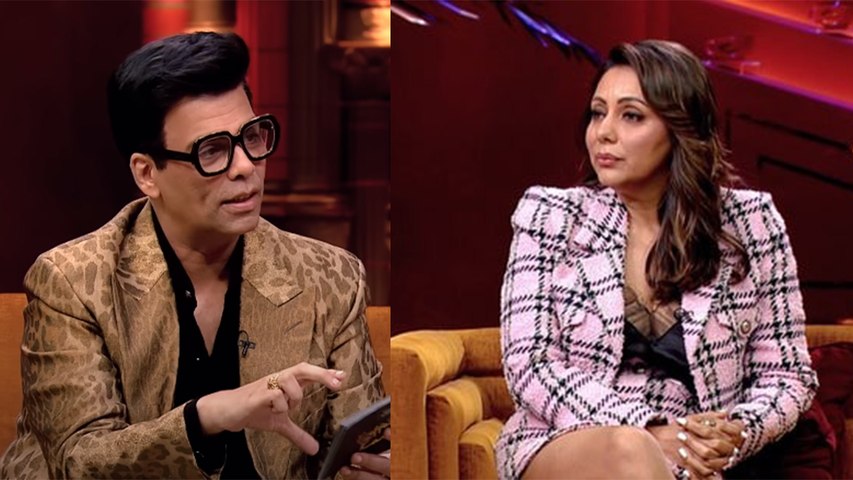 In the latest episode, Karan hosted The Fabulous Lives Of Bollywood Wives stars Maheep Kapoor, Bhavana Pandey, and Gauri Khan where the wives talked about their personal and professional lives. During the episode, Karan indirectly brought up the topic of Aryan's arrest, remarking on the tough time that the star kid had to face and how the entire family emerged strong from it. He said, "We are members of the same family. And, it hasn't been easy and Gauri, you have emerged stronger than ever."

Gauri replied by saying that there was nothing worse than what the Khans had been through, but in the aftermath, the entire family stands together and is in a great space. She said, "We feel loved. All our friends and so many people whom we didn't know, so many messages and so much love. We feel blessed and are grateful to everyone who helped us."

Along with Gauri, Maheep Kapoor also opened up about the difficult times her family faced when Sanjay Kapoor was out of work for a few years. She said, "There were times when Sanjay was sitting at home for years with no work. Money was tight. My kids grew up seeing that along with the glamour and glitz."