Karan Johar has dropped the teaser of the upcoming episode of his chat show Koffee With Karan. This week, we will get to see two Punjabi mundas Sidharth Malhotra and Vicky Kaushal together on the couch, spilling the beans about their love lives, career and much more. 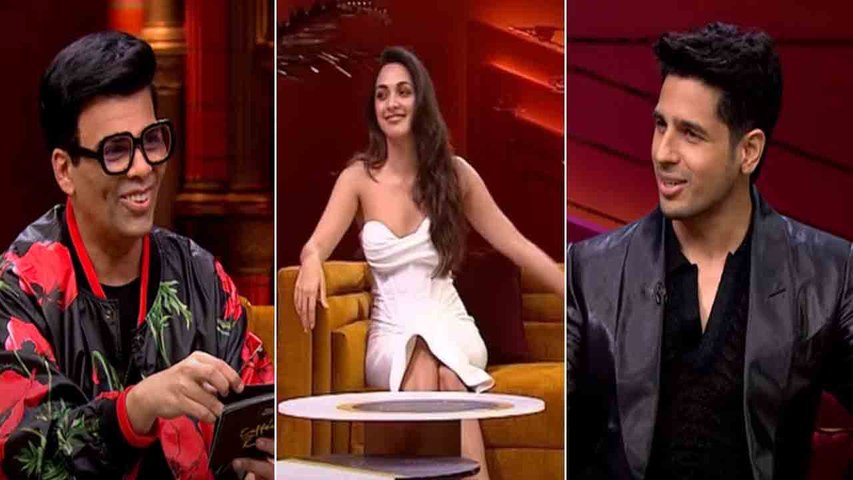 In the teaser, Sidharth pulls Vicky's leg by saying that his 'roka' was done at the same chat show, to which Vicky reacts dramatically and enacts getting fainted at the couch.

Later, Karan asks Sidharth what is his future plans with Kiara Advani. Sidharth gets dumbfounded and says, "I'm manifesting it today...," to which Karan replies, "That you'll marry Kiara Advani."

Sharing the teaser on his Instagram page, Karan wrote, "They're the men of the moment and they're bringing the full Punjabi feels to the Koffee couch! Manifesting a spicy brew this time around😉. Watch the seventh episode of #HotstarSpecials #KoffeeWithKaranS7 streaming from 12:00am this Thursday only on Disney+ Hotstar."

Another netizen wrote, "These two very hot men together is gonna be a blast!"

"Definitely not missing this episode😂❤ Gonna be a bomber 😂 waiting for it to be out," commented one more netizen on Karan's post.

Going by netizens' reactions, one thing is sure that people are extremely excited to watch Vicky and Sidharth together at Karan's chat show.

It is to be seen who will win the rapid fire round between Sidharth and Vicky. Any guesses? Tell us in the comments section below.