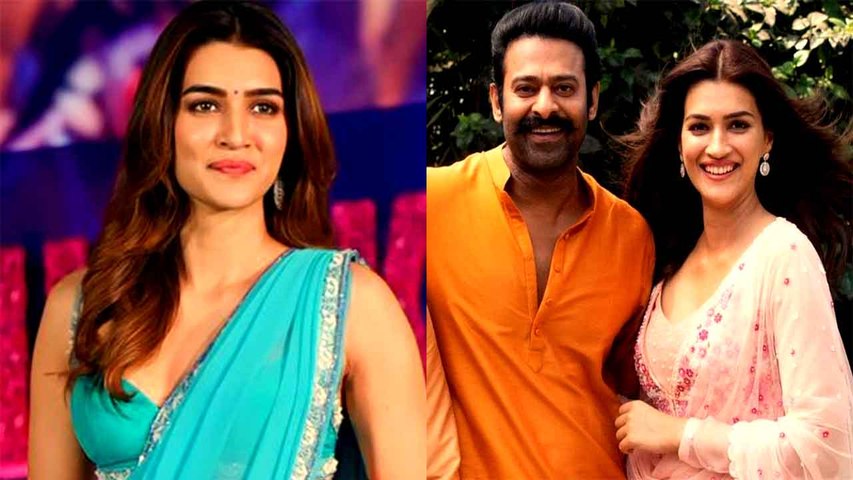 Lately, actress Kriti Sanon and southern superstar Prabhas' dating rumours have been hitting headlines. Speculations around their alleged relationship floated ahead of their upcoming film's release. In fact, a source even revealed that both actors have strong feelings for each other and that they might soon make their relationship official.

Several media outlets reported on Tuesday (November 28) that Prabhas went down on his knees to propose to Kriti on the sets of Adipurush and that the couple will marry after the film's release. Further, Kriti Sanon's Bhediya co-star Varun Dhawan on the sets of Jhalak Dikhlaa Jaa 2 stirred the rumour mills, hinting that the duo's relationship is actually serious. Following Varun's disclosure, reports of Kriti dating Prabhas began circulating like wildfire.

She wrote,"Its neither Pyaar, no PR... our Bhediya just went a little too wild on a reality show. And his fun banter lead to some howl-arious rumours. Before some portal announces my wedding date- let me burst your bubble. The rumours are baseless!" she wrote and concluded the note with a 'Fake news' GIF.

Apparently, Kriti was referring to the recent viral conversion between her co-star Varun Dhawan and Karan Johar on the sets of Jhalak Dikhlaa Jaa 10 finale. Varun, during a banter with the producer, stated that the reason why Kriti's name is not on the list of eligible single women in Bollywood. To which he replied that it is because Kriti now resides in someone's heart. He also added that that person is currently busy shooting with Deepika Padukone. For the unversed, Prabhas and Deepika are working in Project K in Hyderabad.

Workwise, Kriti Sanon is the busiest of the lot in the film industry. Her latest release, Bhediya, has been receiving rave reviews for its fresh concept and brilliant performances. Next, she will be seen opposite Prabhas in the epic drama Adipurush. She also has Shehzada opposite Kartik Aaryan and Ganapath, co-starring Tiger Shroff.