Priyanka Chopra Jonas' mother Madhu Chopra who is an ex-army surgeon, opened up about her granddaughter Malti Marie Chopra Jonas at an event in Bengaluru and said that she learnt about her name on the day of 'naamkaran', a ritual wherein an elder of the family whispers baby's name in his/her ears for the first time.

According to Indian Express, Madhu Chopra said, "I got to know about the name only on the day of the namkaran, and I was so honoured. In our tradition, the paternal grandfather whispers the name, along with words of wisdom, into the baby's ears. Nick's dad did those rituals."

On a related note, recently, Priyanka shared so many pictures on her Instagram page from her 40th birthday bash. However, the actress refrained from revealing Malti's face and hid it with an emoticon on her face.

When Madhu Chopra was asked when the world will get to see the face of Malti, she hinted that the couple is likely to share a picture of their baby girl once she is one year old. Well, we can't wait for the special day.

Madhu Chopra also mentioned how Nick Jonas has become a hands-on dad and said, "Priyanka and Nick already discussed being equally involved as parents. I give a massage and Nick gives her a bath and changes her diapers." 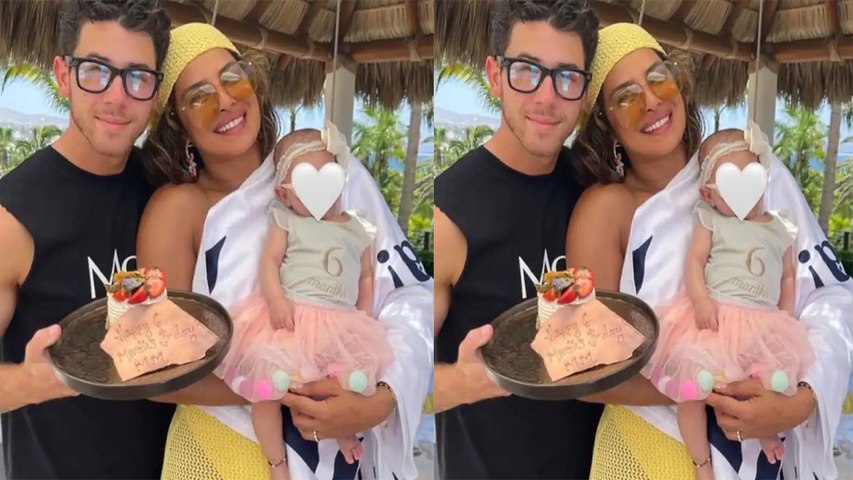 Mrs Chopra also asserted that she is happy doing the overall supervision, and has strictly told Priyanka about no screen time for Malti in the first few years.

"I told Priyanka, with screen time at such a young age, your daughter will get "mote mote chashma," shared Chopra.

With respect to work, Priyanka will next be seen in Jee Le Zaraa alongside Katrina Kaif and Alia Bhatt. The film will be helmed by Farhan Akhtar.