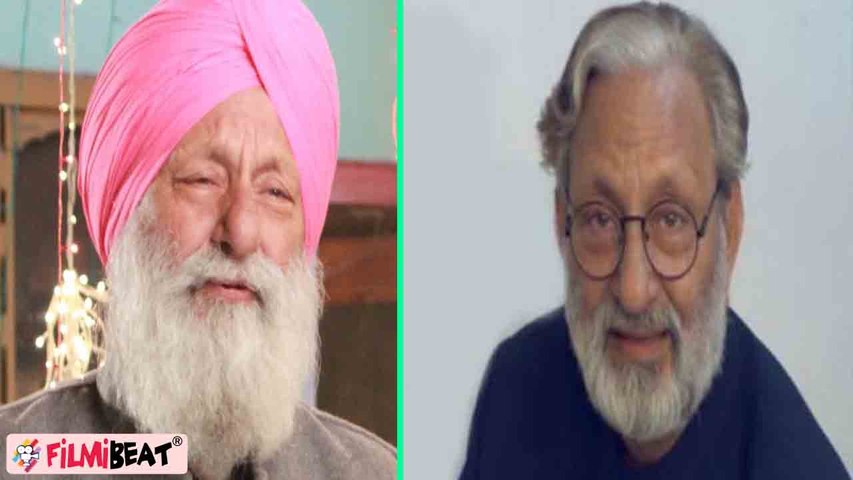 Popular tv and film actor Arun Bali, known for daily soaps such as Chanakya and Swabhimaan, breathed his last on Friday morning (October 7) in Mumbai. The actor has also been a part of several famous Bollywood movies like 3 Idiots, Lage Raho Munna Bhai, Khalnayak, Sayta, Raju Ban Gaya Gentleman, amongst others. He was 79.

Actor Neena Gupta, who had earlier worked with the veteran actor, took to social media to pay tribute to the late actor. Sharing a throwback picture with Arun Bali, Neena wrote, "Goodbye #ArunBali. My first day of shoot on the Parampara series set years ago with Arun Bali. So glad we got to shoot recently for Goodbye."

The picture is from the sets of Parampara, in which Arun is donned in the attire of a sadhu (holy man) with a rudraksha around his neck while Neena is wearing a red-brown saree as they sit on the floor of a temple. It was first aired in 1993 on Doordarshan. The serial had other actors such as Anil Dhawan, Mohan Bhandari, Richa, Firdaus Dadi, Ashwini Bhave, and Prabha Sinha.

Fans took to the comment section to condole the actor's death. A user wrote, "Oh! I distinctly remember his Toba Tek Singh. That one is etched in my mind forever. RIP (handfolded emoji). Another fan said, "Hope all your wishes come true ma'am! Goodbye will be a blockbuster," while another user wrote, "Painful." Many fans paid tribute to the late actor and hoped that he rests in peace.

Arun Bali made his television debut with the 1989 serial Doosra Keval. He passed away due to an age-related disease. The actor's son, Ankush Bali, told news agency PTI that the actor was suffering from a rare neuromuscular disease named Myasthenia gravis. "He had mood swings for two-three days. He told the caretaker he wanted to go to the washroom and after coming out he told him he wanted to sit down and he never got up then," he said.