A couple of days ago, when Aamir Khan's daughter Ira Khan shared some pictures from her birthday celebration on her Instagram page, it became a hot topic of discussion on social media. In the pictures, Ira is seen dressed in a bikini and apparently, the theme of her birthday party was pool. Many netizens objected to her pictures and shamed her for celebrating her birthday in bikini in front of her actor-father Aamir Khan. 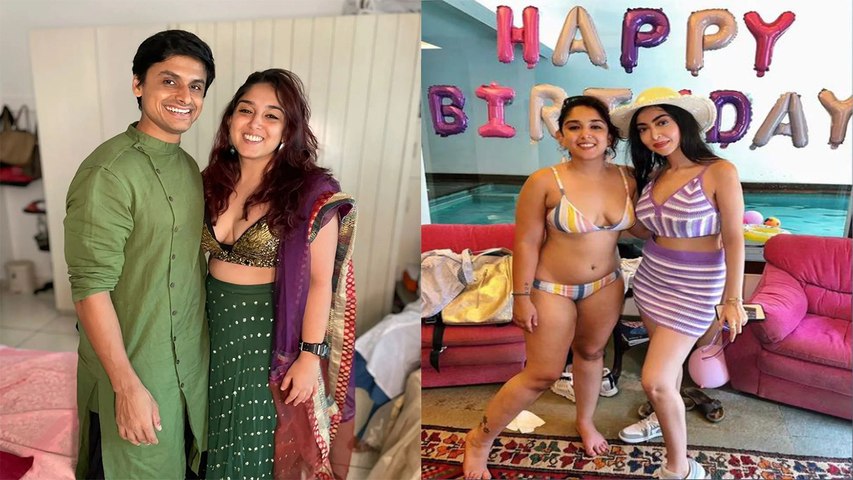 Now, many netizens have come out in her support and they are defending Ira for donning a bikini for her birthday pool party, which was attended by her boyfriend, close friends and immediate family members.

A netizen wrote, "People here are focusing only on the fact that Ira is in a bikini in front of her father, but not the fact that Amir is topless? I mean agar bullshit opinion dena hai, toh achese karo na."

Another netizen wrote, "Girls here who are shaming her for her choice of clothes, u very well know how such restrictions feel to u.. Still hate comments. Some men are already doing this, now even women are. Apparently ladkiya hi ladkiyo ki sab badi dushman hoti he. Aaj ho gaya sabit."

"To all the ppl who are offended- THAT IS A POOL PARTY! SAREE PEHEN KE NI JAYEGI WOH OBVIOUSLY SWIM SUIT & I DONT UNDERSTAND WHY IS EVERYONE MAKING THIS A BIG DEAL?" wondered another netizen while slamming trolls.

"The problem is if a women is wearing saree her visible waistline will be normalised but she will get humiliated if she wore a short top," commented one more user while defending Ira's pool party pictures.

Meanwhile, a section of netizens have also vowed not to watch Aamir Khan's upcoming film Laal Singh Chaddha and criticised the actor for not raising his daughter well.

Directed by Advait Chandan, the film is expected to arrive in theatres on August 11, 2022. The film also stars Kareena Kapoor Khan in the lead role.