Yesterday, the trailer of Shakun Batra's upcoming film Gehraiyaan was shared on YouTube and it created an uproar on social media. While some were bewitched by the piping hot chemistry of Deepika Padukone and Siddhant Chaturvedi, others dissed the film by saying that it looks like Shah Rukh Khan's Kabhi Alvida Naa Kehna 2.0.

Amid the trailer receiving the mixed reactions from netizens, actor Ranveer Singh praised the entire cast of Gehraiyaan, but called producer of the film Karan Johar 'the sexiest of them all'.

"Moody, sexy and intense!!! 🔥🔥🔥 Domestic noir? Sign me up! All the favs @shakunbatra @ananyapanday @siddhantchaturvedi @dhairyakarwa Naseer the Legend! & my babygirl lookin like a Fazillion buxxx 👅 👅 👅 @deepikapadukone produced by the sexiest of them all @karanjohar 😉," wrote Ranveer, as he shared a still of his wife from the trailer.

Reacting to his post, Ananya wrote, "You're the fave ❤️❤️❤️." 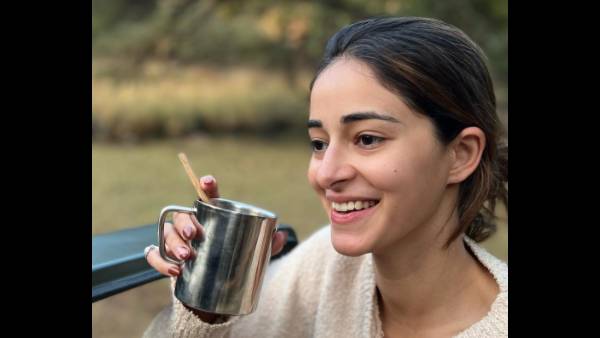 During the virtual trailer launch event, Karan spoke about the film and said, "We are expressing our syntax, introducing you to complex, twisted and complex characters. The trailer scratches the surface but there is a lot more than meets the eye. At the face of it you might think it is a film about infidelity-based relationships but it is not just that. It is talking about so much more, choices and consequences of so much more."