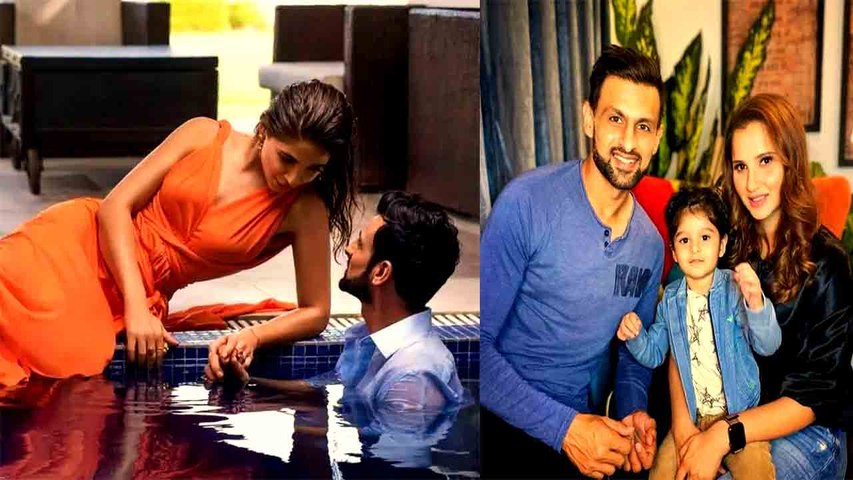 Indian tennis sensation Sania Mirza and Pakistani cricketer Shoaib Malik were reported to have separated. The couple who got married in 2010 reportedly had some trouble in their marital life. Multiple media reports also claimed that Sania and Shoaib have officially divorced and that they have been living separately for a while now. It was also stated that the couple is co-parenting their 4-year-old son, Izhaan.

If reports are to be believed, Shoaib Malik's alleged extramarital affair with Pakistani model Ayesha Omar was the reason behind the couple's divorce. And now, Ayesha has finally broken her silence about the link-up rumours with cricketer Shoaib Malik. Shutting down all the media reports, Ayesha Omar said that she shares a good friendship with Shoaib.

According to a report by Bollywood Life, a fan asked Omar if she had plans to get married to Shoaib Malik. Refuting the speculations, Ayesha Omar responded to the fan in Hindi. She said, "Jee nahin. Bilkul nahi. Un kee shadi hoe we hai aur who apnee biwi kay saath bohat khush hai. Main donon @realshoaibmalik aur @saniamirza kee bohat respect kartee hoon. Shoaib aur mein achay dost aur ek doosray kay kherkhwa hai. Bohat respect kartay hain. Aisay rishtay bhee hotay hain Duniya mein logon kay. (No, not at all. He is happily married to Sania and I respect the couple. I and Shoaib are good friends and well-wishers. We respect each other a lot. These types of relationships also exist in the world.)

Last year, it was reported that Ayesha and Shoaib had developed a close bond during a bold photoshoot. Shoaib had also stated that Ayesha had helped him a lot with the shoot. Soon after Shoaib and Sania's divorce news spread like wildfire, Ayesha and the cricketers' intimate photographs from the photoshoot went viral on social media, and everyone was curious to know more about the Pakistani model.

Sania Mirza and Shoaib Malik have not commented on the issue yet. However, earlier this month, Shoaib's birthday wish for Sania had somewhat doused the rumours of their divorce. Sharing a photo on Twitter, Shoaib wrote, "Happy Birthday to you @mirzasaniar Wishing you a very healthy & happy life! Enjoy the day to the fullest..." Amid all this trouble in paradise controversy, Sania Mirza and Shoaib Malik are coming up with a show titled The Mirza Malik Show.