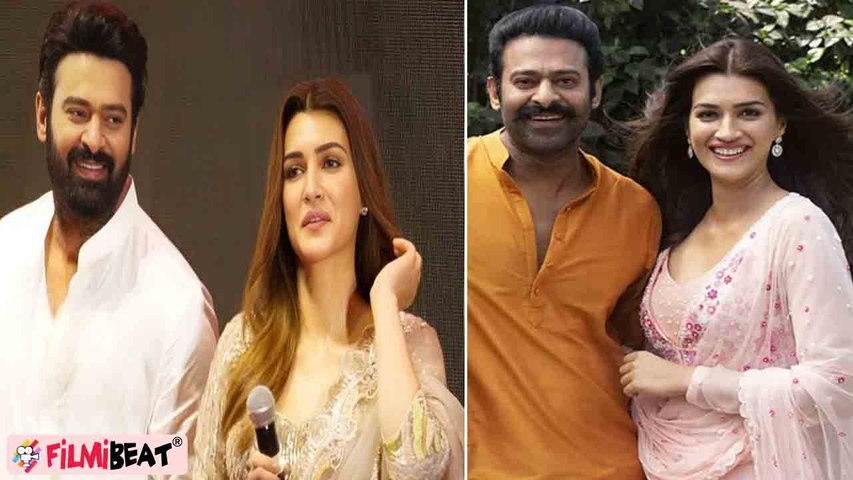 Lately, the much-criticised film Adipusurh has been the topic of conjecture not only for its VFX but also for its star cast. Apparently, during the shoot of the film, actors Prabhas and Kriti Sanon developed a close bond and are currently dating each other. If reports are to be believed, both stars are ready to take their relationship to the next level.

Recently there were raging rumours of Prabhas and Kriti Sanon not rushing themselves into it but the romance is serious. Varun Dhawan, Kriti's co-star in her recently released film Bhediya, played the role of a catalyst in the whole scenario and confirmed their romance by saying that she is dating an actor who is currently shooting a film with Deepika Padukone. No points for guessing here as to which movie it is or who that actor is. It's Project K, in which Prabhas is playing the lead.

Bollywood Life, in a recent report, said that Prabhas went down on his knees to propose to his co-star during the shoot of Adipurush. Kriti was taken by surprise, but nonetheless, she said she accepted the proposal. The members of the families of both actors are happy about the news and have showered the couple with their blessings.

The report also says that Prabhas and Kriti are to get engaged very soon, probably after the release of Adipurush. A Twitter user from outside India also announced the news in a tweet that read, "Officially Confirmed ! #Prabhas proposed #KritiSanon during shoot of #Adipursh ! They are in relationship now !!! Engagement on the way very soon."

Speaking of Adipurush, the epic drama also stars Saif Ali Khan and Sunny Singh in pivotal roles. Apart from Adipurush, Prabhas also has Prashanth Neel's Salaar and Project K, helmed by Nag Ashwin. Kriti Sanon, on the other hand, will be seen with Kartik Aaryan in Shehzada and in Ganapath opposite Tiger Shroff.