Priyanka Chopra who is currently busy filming her upcoming show Citadel is being showered with gifts by her husband Nick Jonas. The actress took to her Instagram post to share an appreciated note for him. In the pictures, Priyanka can be seen seated in an all-terrain vehicle (ATV), with 'Mrs Jonas' emblazoned on the side.

Calling Nick the best husband ever, Priyanka captioned the post thanking him for the new ride. She wrote, "Now that's a ride🔥... thank you @nickjonas ❤️🥰always helping me with my cool quotient #besthusbandever."

This is not the first time the couple had gotten each other git's worth lakhs. The latest ATV is reportedly a Polaris GENERAL 1000 model. The swanky car starts at a price of Rs 14.16 lakh.

The hashtags suggest that Priyanka has been using the car for commute on the sets of her Amazon Prime Video series Citadel. The show backed by Marvel's Russo Brothers also stars Game of Thrones and Eternals star Richard Madden.

The actress often keeps her fans updated from the sets of the sci-fi show. Recently she shared pictures of makeup bruises which left fans worried. She captioned it as, "Did you have a tough day at work as well?" Fans were worried if the actress has actually sustained any injuries on set. 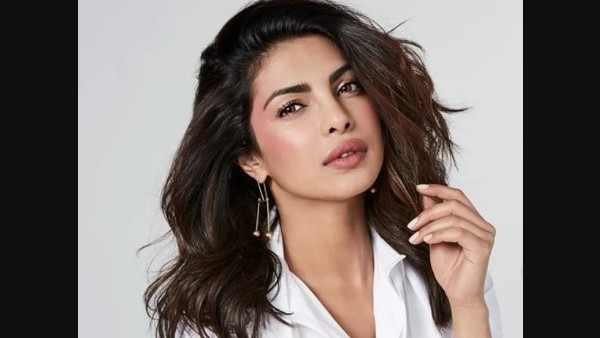 Meanwhile, Priyanka, on the occasion of Mother's Day, also revealed that she and Nick Jonas have welcomed Malti Marie home. In a long note, she shared that Malti had been in NICU and added, "our little girl is finally home." She said, "Every family's journey is unique and requires a certain level of faith, and while ours was a challenging few months, what becomes abundantly clear, in retrospect, is how precious and perfect every moment is."

Besides Citadel, Priyanka will also be seen in It's All Coming Back to Me and Farhan Akhtar's directorial Jee Le Zaraa alongside Katrina Kaif and Alia Bhatt.