Recently, when Ranbir Kapoor joined his actress-wife Alia Bhatt and filmmaker Ayan Mukerji for an Instagram live session, the actor was all praise for his 'biwi' which left her blushing. A fan asked Ranbir about his experience of working with Alia and Alia. In response, Ranbir showered Alia with compliments and recalled how he was floored by her performance in Imtiaz Ali's Highway.

The Shamshera actor said, "When I saw Highway and all, I came to Ayan's house only. I was like 'ye to Amitabh Bachchan nikli (She turned out to be like Amitabh Bachchan).' And in her second film. Lekin abhi biwi ke baare mein aise acchi acchi chijein bolunga to bolenge 'haan haan' (But if I say such nice things about my wife now then people won't take it seriously)."

Ranbir and Alia will be seen sharing the screen space together for the first time on screen in Ayan Mukerji's upcoming film, Brahmastra. On Sunday, the makers dropped the much anticipated 'Kesariya' song from the film.

In the Instagram live session which Ranbir, Alia and Ayan were a part of, the Ae Dil Hai Mushkil star said that they feel very blessed and lucky with all the anticipation around this song. He also revealed that there were many versions to this track and continued, "We have gone from disco-like versions to pop versions and we have had every version. We have also had new songs and new options of this song but the melody of this song really brought you (Ayan) back." Ayan added that 'Kesariya' is a very special song. 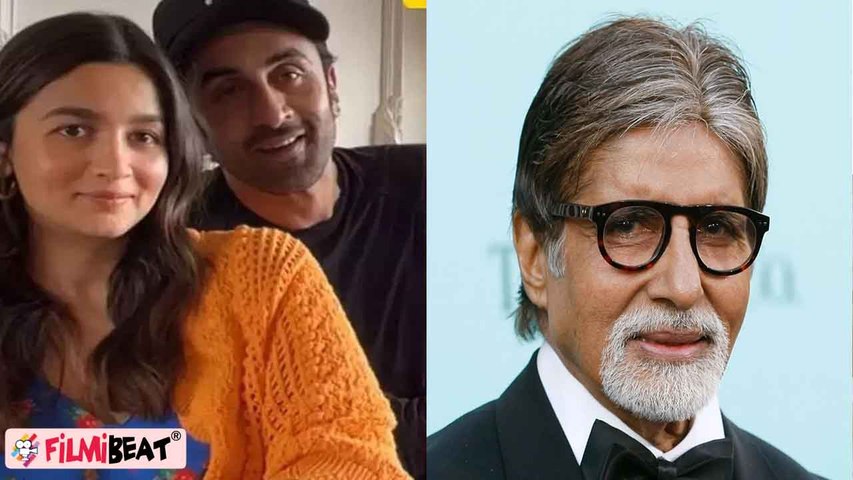 Speaking about Brahmastra, Alia and Ranbir fell in love while working on this film. After dating for a couple of years, the duo got hitched in April this year in a low-key ceremony at Ranbir's residence in Bandra. The couple is now expecting their first child.