Ranbir Kapoor and Alia Bhatt are currently enjoying the success of their latest release, Brahmastra. On the other hand, the couple will also be embracing parenthood soon. In a recent interview, Ranbir revealed his wife Alia Bhatt's sleeping habits and how he tolerates them. 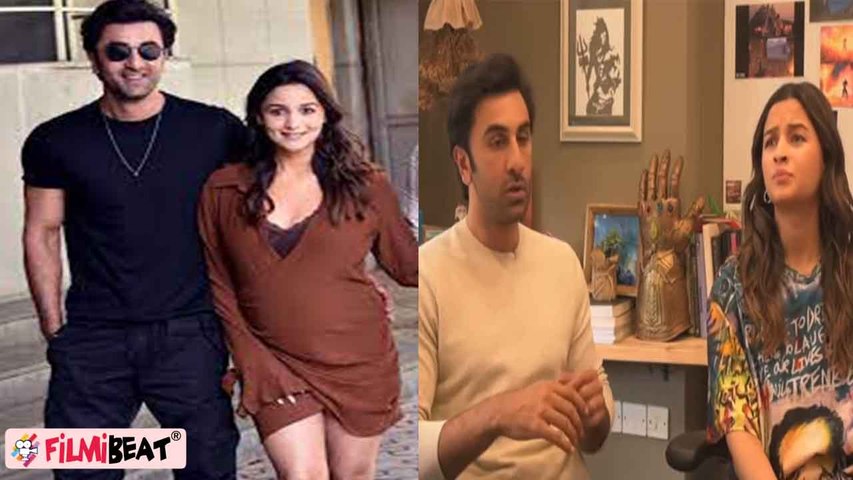 The actor revealed that sleeping next to Alia on the same bed is a huge task. After dating each other for many years, Alia and Ranbir got married in an intimate ceremony this year on April 14.

When asked about one quality of Alia that he tolerates, Ranbir told Bollywood Bubble that while sleeping, Alia starts moving diagonally and eventually the bed space for him becomes smaller and smaller. "What happens with her when she sleeps is that she starts moving diagonally, and eventually your bed space becomes smaller and smaller. Her head is somewhere, her legs are somewhere, and eventually, I'm on the corner of the bed, really struggling with that," he said.

Answering the same question about her lovely husband Ranbir, Alia spoke about the one thing she admires about him. Alia said, "One thing I like about Ranbir is his silence. He is a very good listener. And one thing I tolerate is also his silence. Like sometimes I (hitting Ranbir) need him to respond and he doesn't respond because is he like this zen."

Talking about Brahmastra, helmed by Ayan Mukerji, the fantasy drama has Ranbir playing the titular character, who learns about a strange connection he has with fire. It also starred actors like Amitabh Bachchan, Nagarjuna Akkineni, Dimple Kapadia, and Mouni Roy in pivotal roles. Shah Rukh Khan had a special cameo in the film. Brahmastra was released in theatres on September 9 and has been receiving a remarkable response from audiences and has done well at the box office.