Sarabjit Singh's sister Dalbir Kaur breathed her last at the age of 67 on Sunday (June 26) after she complained of severe chest pain. Actor Randeep Hooda who essayed the role of Sarabjit Singh in her brother's biopic, Sarbjit, kept his promise to Kaur and performed her last rites at her native Bhikhiwind village in Tarn Taran district. 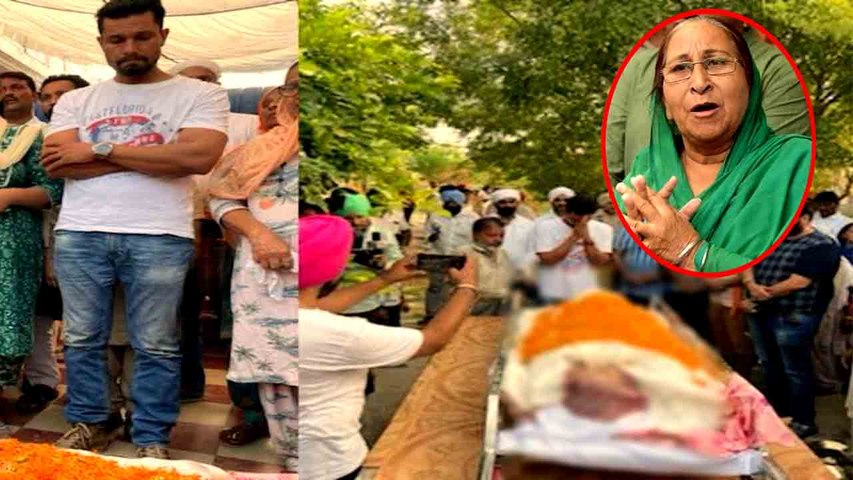 The film helmed by Omung Kumar had Aishwarya Rai Bachchan stepping into Dalbir Kaur's shoes and revolved around her fight to get justice for her brother after he was sentenced to death by a Pakistani court for alleged terrorism and spying. The biopic released three years after Sarabjit Singh passed away in Lahore after being attacked by his fellow jail inmates.

As per a report in Hindustan Times, upon hearing the news of Dalbir's demise, Randeep Hooda immediately headed for her hometown and said, "We had plans to meet up. It's sad she passed away. May her soul rest in peace." He added that Dalbir was like a family member to him and said that he would continue to offer support to her kin.

Randeep and Dalbir had formed a close bond when the former essayed the role of her late brother in Sarbjit. She had even told him that she sees Sarabjit in him, and requested him to give her 'kandha' (offer his shoulder before taking the body to the cremation) when she passes her. The Kick actor fulfilled this wish of hers.

Later, he took to his Instagram handle to pen an emotional note that read, ""घर ज़रूर आना" was the last thing she said. I went, only she had left. Not in the wildest dream could one imagine that Dalbir Kaur ji would leave us so soon. A fighter, child like, sharp and devoted to all that she touched. She fought a system, a country, it's people and her own to try save her beloved brother Sarbjit. I was so fortunate to have her love and blessings and never to be missed Rakhi in this life time."

He continued, "Ironically the last time we met was when I was shooting in the fields of Punjab where we had created an Indo-Pak border. It was a chilly and foggy late November night but she didn't care about all that. She was happy we were on the same side of the border. "खुश रहो, जुग जुग जीयो" she often ended most conversations with. I do feel truly blessed indeed. There just wasn't enough time Dalbir ji.I love you, I miss you and I shall always cherish your love and blessings.🙏 Om Shanti."