As Navratri proceeds, fans across the nation are gearing up to celebrate the auspicious nine days with their favourite celebrities in one event or the other. Similarly, celebrities are also eager to enjoy the event with their audience and often collaborate with other celebrities to enrich the moment further. In one such event, Pushpa star Rashmika Madanna celebrated the joyous night with none other than the Dandiya Queen herself, Falguni Pathak. 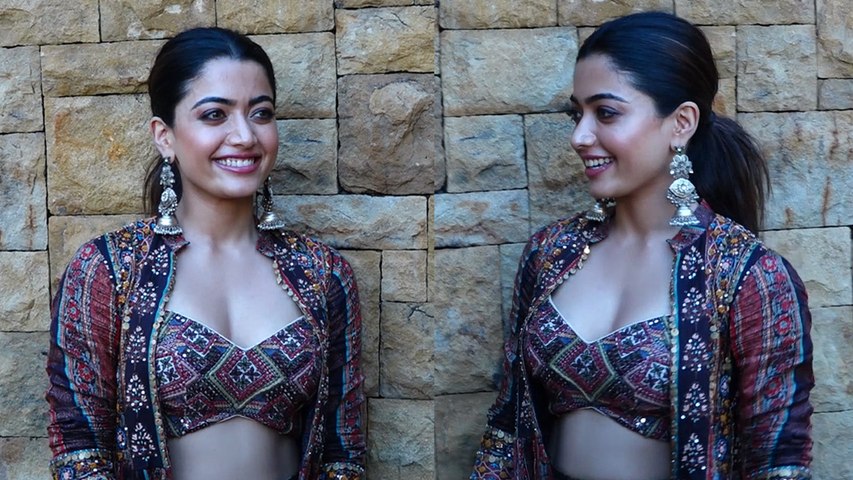 On Tuesday, Rashmika took to her Instagram handle and shared a picture that recounts that precious moment. Rashmika graced the event in a festive blue printed outfit. On the other hand, Falguni wore a Maroon shirt with a matching waistcoat and black pants. Madanna captioned the picture by writing, "An evening well spent in Mumbai with the Dandiya(queen emoji) and my loves....Happy Navratri. (red heart emoji, flower emoji)." She tagged Falguni in the pic, who later reshared the photo in her own Instagram stories.

Falguni Pathak has been the talk of the town recently after Neha Kakkar released her song 'O Sajna'. The number is the remake of Falguni's 1999 hit classic 'Maine Payal Hai Chhankai'. Neha received severe backlash from netizens and faced harsh criticism. Among them was Falguni, who re-shared fans' post and said in an interview that the song lacked the 'simplicity' and 'innocence' of the original.

Rashmika Madanna, on the other hand, is busy promoting her first Hindi film Goodbye. In the movie, Rashmika is starring with Amitabh Bachchan, Neena Gupta, Pavail Gulati, and Sunil Grover. Directed by Vikas Behl, the film has been co-produced by Balaji Motion Pictures.