We have seen their unorthodox wedding invite on Twitter, we learned about their marriage schedule, and we even know the location where the deed is going to take place, but never have we heard Richa Chadha and Ali Fazal officially confirm their upcoming nuptials. That day has finally come! 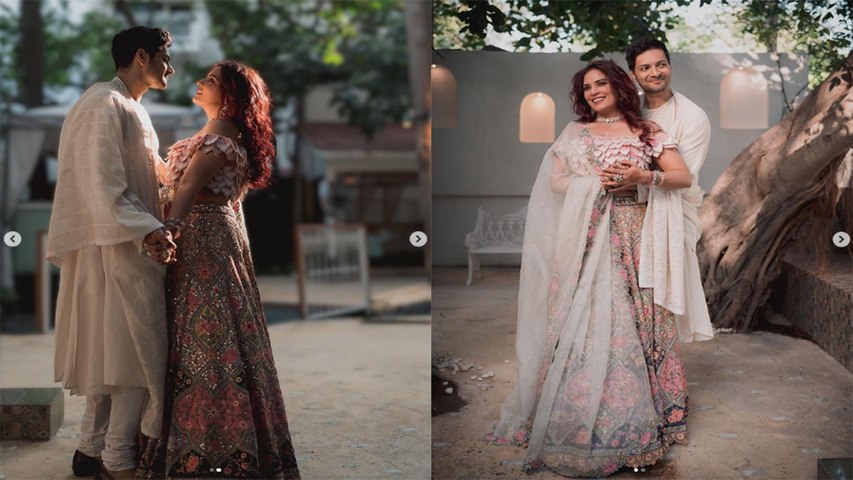 As per Pinkvilla, the couple was spotted first in Mumbai airport where they greeted the paparazzi and thanked them when the latter congratulated them on their wedding. Richa and Ali reached Delhi in the evening and greeted the reporters with a smile on their faces. Today(September 29), they shared a voice note on their Instagram handle where they officially confirmed their upcoming union.

The voice note is in an answering machine format where Richa and Ali ask the listeners to record their message after a beep and then they share their news. As per the note, the couple decided to wed two years ago, but the pandemic put a pause on their plans. During that time, both actors faced personal tragedies and were reeling from those for some time. However, as the world opened later, the couple got a moment of respite. They now wish to finally celebrate their union with their friends and family. Richa and Ali also expressed gratefulness for the love of their fans and relatives and claim that they are extremely touched by it. They captioned their post by simply writing #RiAli

The pre-wedding festivities for their marriage are scheduled to commence on September 30 in Delhi. The celebration will cover events like the cocktail, sangeet, and Mehendi. The couple has selected the Delhi Gymkhana Club for the events. The actual wedding will occur when they will return to Mumbai. As per reports, the couple will hold a reception after the wedding on 4th October in Great Eastern Home, a venue inside a 176-year-old mill.