A month after Bollywood superstar Salman Khan and his father Salim Khan received a death threat letter, the actor paid a visit to Mumbai Police Commissioner Vivek Phansalkar at the former's office in south Mumbai. 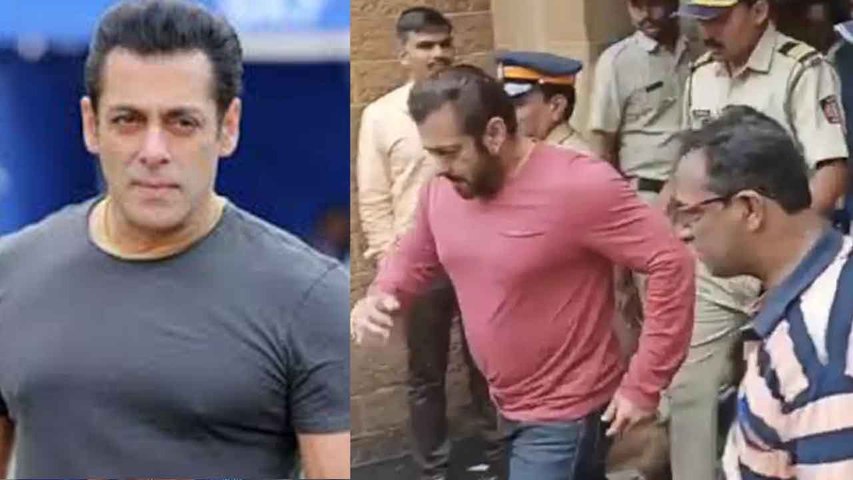 It featured a video that showed Salman Khan exiting the Mumbai Police Commissioner's office located opposite Crawford Market in Mumbai.

#UPDATE | Actor Salman Khan applied for a weapon license for self-protection at the Mumbai CP office, after he recently received a threat letter: Mumbai Police

For the unversed, after the assassination of popular Punjabi singer Sidhu Moosewala, Salman Khan and his father Salim Khan received a death threat letter from the same gang which murdered Moosewala. The letter reportedly had two signatories with just the initials G.B. and L.B., which were interpreted as the names of Lawrence Bishnoi and his Canada-based aide Goldy Brar.

Reportedly, Bishnoi wanted to kill Salman Khan over the Chinkara poaching case in Jodhpur, Rajasthan during the filming of Hum Saath Saath Hain in 1998. Sources also revealed that Bishnoi, who is currently being probed in connection with the case of Moosewala's murder, had told the cops that Salman and his father Salim Khan will have to render a public apology in Jambaji temple or else the Bishnoi community will kill them.

Workwise, Salman Khan has Tiger 3 alongside Katrina Kaif and Farhad Samji's next alongside Pooja Hegde and Venkatesh Daggubati.