Shah Rukh Khan's kids Aryan Khan and Suhana Khan never fail to make the headlines. From their personal lives to speculations about their big Bollywood debut, the star kids are often in the limelight and enjoy a decent fan following. However, Suhana and Aryan found themselves in a tight spot recently after they were trolled for ignoring paps. This happened during the screening of Madhuri Dixit starrer Maja Ma wherein the star kids were seen giving a cold shoulder to the shutterbugs. 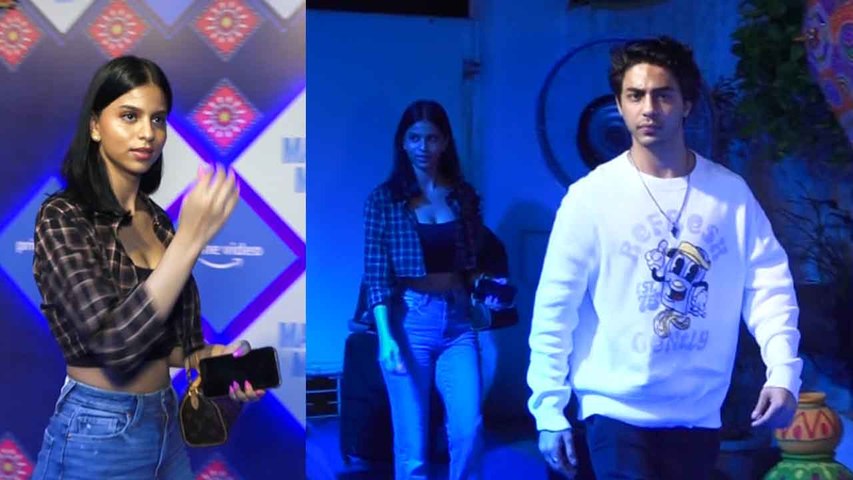 In the video doing the rounds on social media, Aryan made a statement in a white sweatshirt with stylish trousers while Suhana was seen wearing a black coloured crop top with a checkered jacket and jeans. The Khan kids were seen ignoring the paps and avoided posing for them. As the video is grabbing eyeballs on social media, the netizens took to the comment section and trolled Suhana and Aryan for their ignorance. An Instagram user wrote, "Attitude ki shop". Another user commented, "They don't give shit to take pic what an attitude". One of the Instagram users also commented on the video and wrote, "Faltu Attitude....Chal nikal".

Meanwhile, Suhana has been all over the news for her upcoming big Bollywood debut with Zoya Akhtar's much talked about The Archies. The movie will also mark the debut of Amitabh Bachchan's grandson Agastya Nanda and Janhvi Kapoor's sister Khushi Kapoor. For the uninitiated, Agastya will be seen playing the role of Archie in the movie while Khushi and Suhana will be seen as Betty and Veronica respectively. Also starring Vedang Raina, Mihir Ahuja, Dot and Yuvraj Menda, The Archies is expected to release on Netflix next year.