Unfortunately, Ranbir Kapoor-starrer Shamshera, which arrived in theatres today (July 22, 2022), is available on several sites for free download. Yes, you read it right! Shamshera, which also stars Sanjay Dutt and Vaani Kapoor, has been leaked by notorious sites so that people can watch the film's pirated version for free.

While it's not the first time that it is happening to any big releases of India, it is to be seen if the online leak will jeopardise Shamshera's box office collection. Going by audience's reviews, the film has been receiving positive response, but film critics gave mixed reactions to the film.

While everyone is lauding Ranbir's terrific performance in the film, some are criticising the film's plot and screenplay. They feel that film does not bring anything new to the platter.

"#Shamshera ⭐️⭐️🌟 ( 2.5 ) SUBSTANDARD watch which rides on a predictable plot ,outdated story inspired from #Baahubali1 & #KGF .Film has few dramatic high points but not enough to engage & enthrall the audience throughout. Terrific Music-BGM & Ranbir's act are the saving grace." 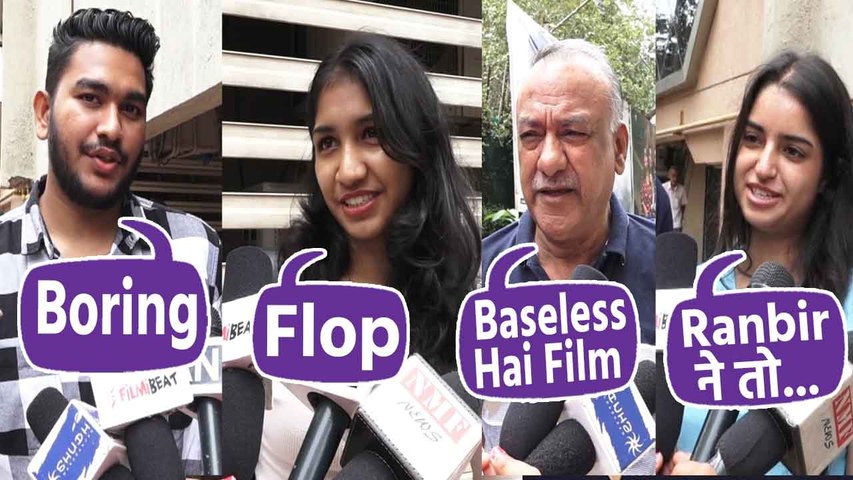 "Feeling like a personal loss while writing this but this film fails to entertain ! The performance by #RanbirKapoor is saving grace followed by few top notch scenes before interval . BGM is outstanding but the direction is awful!"

"#Shamshera is a tale of two worlds: technically outstanding: cinematography, action and music (Mithoon deserves praise) It lacks however in emotional depth despite great performances by #RanbirKapoor & #SanjayDutt. A good attempt but not all there. Shamshera > Bali."

"Rating - 2*/5 ⭐️⭐️. *ing - #RanbirKapoor #VaaniKapoor & #SanjayDutt. #Shamshera is a below average, outdated film with massive budget, 80s era film where everything and anything can happen, mixture of 5 films gone WRONG. #Shamshera is a one man show, watch only if you are a DIE HARD RANBIR KAPOOR FAN, Film offers few moments for single screen audience but nothing much for Multiplex audience.... Fails to live up the budget & Hype."

"It's INTERVAL and #Shamshera has been absolutely DHAMAKEDAAR so far 🔥🔥🔥. BEST BGM OF 2022 🔥🔥🔥. Terrific Cinematography 👌👌👌. So many CLAP & WHISTLE-WORTHY moments - #RanbirKapoor's entry both as Shamshera & Bali. When Bali leaves Kila. Interval Block."

What's your take on Shamshera? Tell us in the comments section below.