Karnataka's Sini Shetty was announced as the winner of Femina Miss India 2022 title at the grand finale of VLCC Femina Miss India, which was held on Sunday (July 3) at Jio World Convention Centre. She will now be representing India at the 71st Miss World pageant. 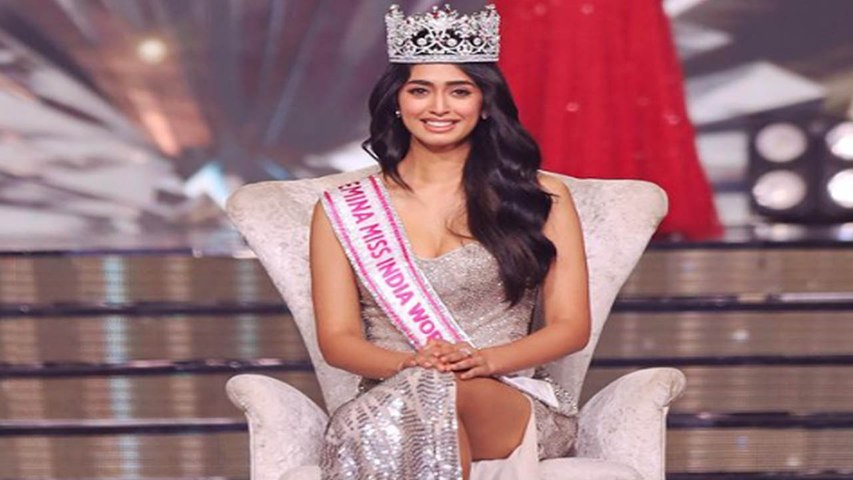 A note from the organisers stated, "The pageant in its hybrid format had launched a nationwide hunt to find prospective talents from all corners of the country through virtual auditions. The extensive scouting drive and subsequent interview rounds culminated with the shortlisted selection of 31 state winners. These shortlisted finalists arrived in Mumbai and underwent rigorous training and grooming sessions, mentored by the best in the industry, to compete for the coveted Femina Miss India World 2022."

Speaking about Sini Shetty, the pageant winner hails from Karnataka. She holds a bachelor's degree in accounting and finance, and is currently pursuing a professional course named Chartered Financial Analyst (CFA).

Former Femina Miss India (2002) and actress Neha Dhupia said in a statement, "It's almost like reliving every moment of my journey with these young glamorous girls who are so full of enthusiasm and capability to take on the world with power and elegance. Certainly, there are challenges with the digital process in the wake of the pandemic, however, I'm confident it will be as exciting and worthwhile irrespective of the layout."

The Femina Miss India 2022 event was a star-studded affair with Bollywood celebrities like Kriti Sanon, Malaika Arora, Lauren Gottlieb, Rajkummar Rao and others making their presence felt. The show was hosted by Maniesh Paul who was recently seen in Raj Mehta's Jugjugg Jeeyo.