Even though Taapsee Pannu has been a part of many commercial films, she does not understand why some people still refer to her as an 'offbeat actress'. Taapsee whose latest release Shabaash Mithu is currently running in the theatres, told a media portal that just because festivals are not showcasing her films, does not mean she is not a mainstream actress.

She told Bollywood Bubble, "For some weird reason, people still refer to me as the offbeat actress. I don't understand why is my beat off. I don't know this, for some reason people call me a parallel cinema actress. With due respect and love for all, they are really good actresses who work in parallel cinema." 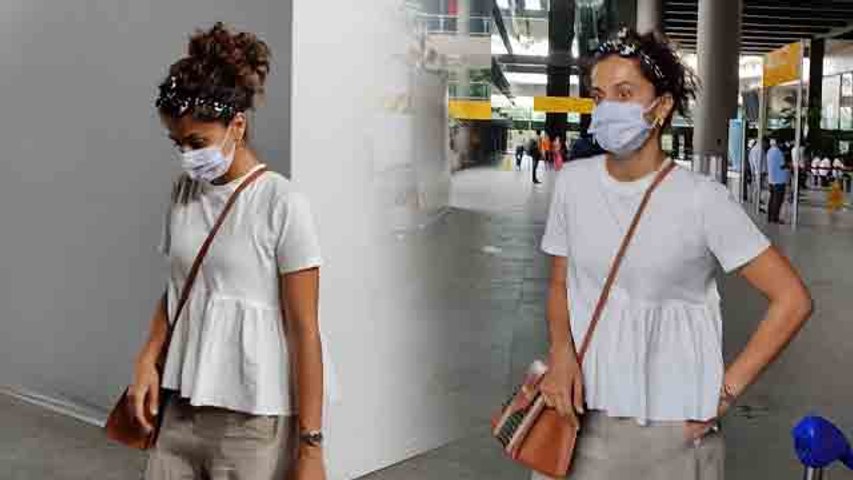 She further said, "I'm not as good, let me just be very honest about that they are mind-blowing for doing the kind of stuff they do. I am working in mainstream commercial films just because I'm not doing your regular form-like stuff. It doesn't mean my films are not mainstream because festivals are not showcasing my films, it's only Anurag Kashyap's films that go to festivals. No, the only films of mine that have gone to the film festival were the ones that he has made."

She further said that all of her films, which are making money and releasing in theatres are very commercial hence, she does not understand why people still think she is an 'offbeat'.

She went on to add that there are a lot of times when she gets introduced like that, and all these kinds of notions take a very long ford battle to break.

She further said that she cannot be the glam hot shot all the time to be mainstream and commercial. She also asserted that she has come to a point where she doesn't want to look glamorous all the time.

The Judwaa 2 actress averred that she wants to do what she genuinely understands, because her audience is so smart, they can look through who is trying too hard and who is just being himself or herself.