Raju Srivastava (Raju Srivastav) breathed his last on September 21 after being treated for over a month in New Delhi's AIIMS Hospital. On the news of his demise, celebrities across the entire nation offered condolences to the bereaved family for his untimely death on social media. However, Taapsee Pannu's response to the late comedian's death has divided the internet into two. 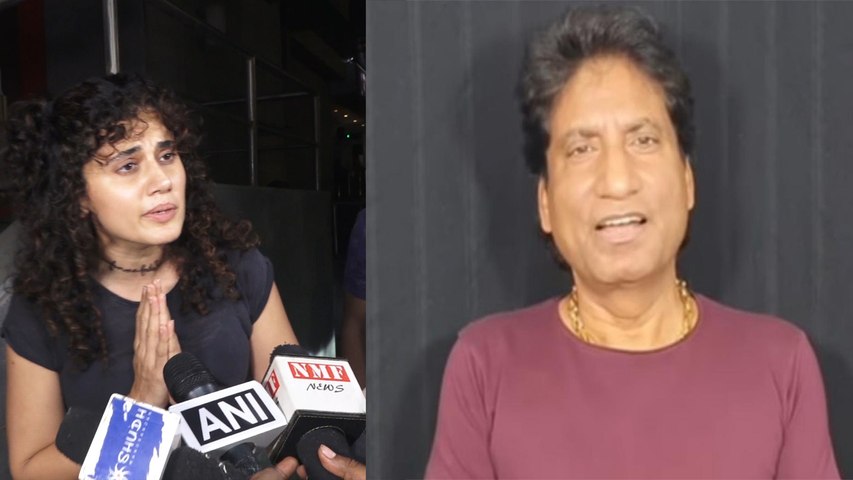 As Pannu was leaving a theatre after a film screening, she was mobbed by the paparazzi outside. Among the hundreds of questions flung at her, one reporter asked about her response to Raju Srivastava's death. She said, "Kya bolu? Arre bhai saab, app Ek minute. Aap hatiye, thoda hatiye, piche hatiye.(What do I say? Excuse me sir, just one minute, please step aside.) "

Many netizens who saw the video didn't appreciate Taapsee's response. She was trolled heavily for not reacting to Raju's death. One Twitter user commented, "Bhai kyun itna bhav dete ho in lukho ko, kya jarurat hai app ko #attitude(Why do you give importance to these useless people, #attitude)." Another one said, "In logo ko kyun pap karte ho phir, nahi karna chahiye(Why do you pap these people, you shouldn't.)"

Another section of social media supported Taapsee saying that she was unnecessarily hounded by the paparazzi. Many netizens even remarked on how Pannu had no security and had to deal with the mob herself.

Raju Srivastava suffered a heart attack in his gym last month. He was also reported to have suffered immense brain damage and was on ventilator support. He passed away on Wednesday (September 21), at the age of 58.

Taapsee, on the other hand, was last seen in Dobaaraa directed by Anurag Kashyap.