After keeping their relationship under wraps for a long time, Vicky Kaushal and Katrina Kaif left fans pleasantly surprised when they tied the knot last year. It's almost six months since they got hitched and we still can't get enough of our favourite 'VicKat'.

Recently, at the green carpet event of IIFA 2022, Vicky opened up on his married life in an interview with popular influencer Kusha Kapila. The actor said that he is feeling settled after his wedding with Katrina Kaif.

Vicky said, It's going good. I actually feel settled. I think that's the appropriate word. God has been kind, be it my personal or professional life." When asked how his fathers reacted when they learnt that he is married to Katrina, the Sardar Udham actor replied, "They were at the wedding and hung around with Katrina for a long time. So they are cool about it. They really had a great time together."

Further, when Kusha told Vicky that she has heard that he was the 'chillest groom ever,' the actor said, "That's what I heard from people around me. I would be like mujhe naha ke bas kapde hi toh pehanne hai (I just need to take a bath and change)."

Earlier in an interview with a magazine, Vicky had revealed that his actress-wife Katrina is a great influence in every aspect of his life adding that he learns a lot from her every single day. He had also said that he feels fortunate to have a life partner in her and called her an extremely wise, intelligent and compassionate person.

Vicky Kaushal and Katrina Kaif tied the knot in a private ceremony at Six Senses Fort Barware in Sawai Madhopur in Rajasthan in December 2021. Post their wedding, the couple treated fans with dreamy pictures from their regal wedding. 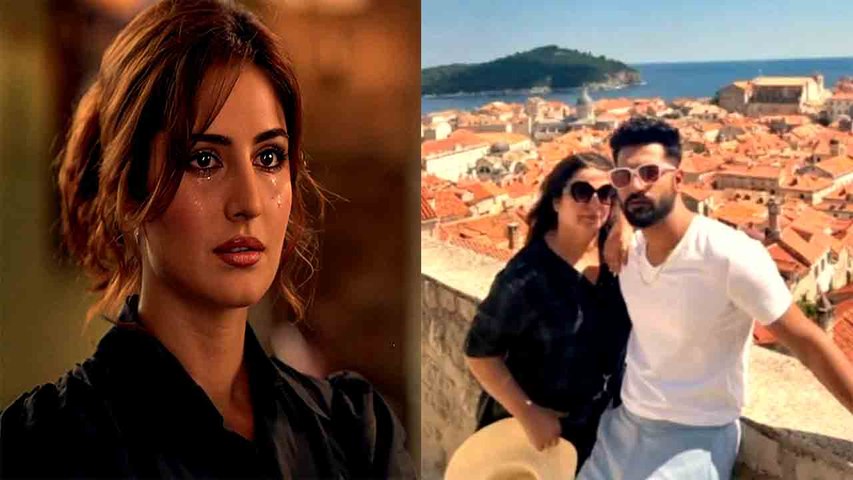 Workwise, Vicky will next be seen in Laxman Utekar's yet-to-be-titled film opposite Sara Ali Khan. He also has Govinda Naam Mera and Sam Bahadur in the pipeline.