Vidya Balan made her debut in Bollywood with Parineeta alongside Saif Ali Khan and Sanjay Dutt in 2005. Over the years, the actress established herself as one of the most credible names in the film industry with her versatile performances.

In a recent interview with a news portal, the Sherni actress recalled her initial days in the industry when she wondered whether she should reconsider her decisions.

Vidya told India Today that she was initially made feel like she was making unconventional choices. 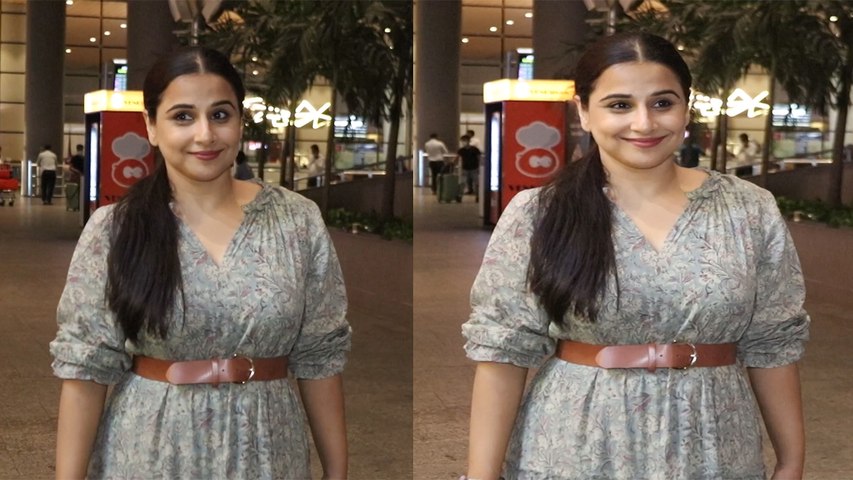 "In every promotional interview, I get asked, 'Oh, you're doing another unconventional film?' Now, I think there are too many unconventional roles that it's become conventional. But I think, at some stage, I wondered if I needed to reconsider. I had a spate of successes followed by a spate of films that didn't do well. While I don't really pay attention to what people have to say, but I was wondering if I needed to reconsider my decisions," the actress told the publication.

Vidya further said that among the seven films which she did, the two movies that failed at the box office featured male heroes.

The actress was quoted as saying, "I had a spate of seven duds. It breaks my heart to call them flops, but I had seven films that didn't work. So, amongst those, the two films that worked the least were the ones with male heroes."

Vidya said that following this, she felt that there's no math to this and that it's all about a good film. She said that she made a note in her head and decided that she would just be authentic and continue to choose good films.

Workwise, the actress will next be seen in Anu Menon's upcoming film Neeyat.