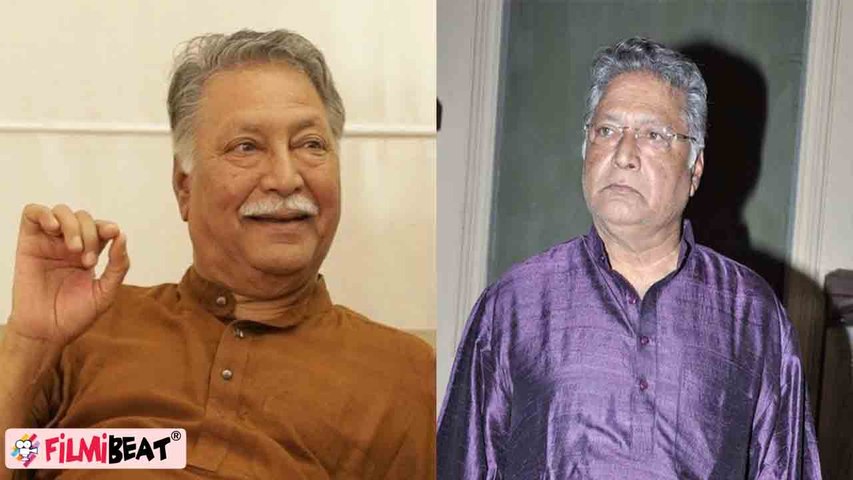 Veteran Hindi and Marathi Actor Vikram Gokhale was not feeling well for a few weeks. 15 days ago, he was admitted to Deenanath Mangeshkar Hospital in Pune where he was undergoing treatment. On the evening of November 23, ANI reported that Vikram's condition was critical and he was admitted to ICU. Around 2300 hours news started doing rounds that the iconic actor passed away. However, the truth is far from it. Vikram Gokhale's wife, Vrushali Gokhale talked to a news portal and dismissed all reports of the actor's death.

In an interview with ETimes, Mrs. Vrushali Gokhale said that Vikram is still very much alive. She talked about Vikram's health and said, "He improved a bit but slipped again. He has had a host of issues, like in the heart and kidneys. At the moment, he has had multi-organ failure.

Mrs. Gokhale also gave an update on Vikram Gokhale's current condition. She said, "He slipped into a coma yesterday afternoon, and post that, he has not responded to touch. He is on a ventilator. Doctors will decide tomorrow morning what to do, depending on whether he's improving, sinking, or still not responding." Talking about the status of the family, Vrushali said, "My daughter from San Francisco has arrived. The other one has been right here in Pune, she lives in Mumbai."

Gokhale also stepped onto the small screen and worked in many TV serials like Indradhanush, Akbar Birbal, Mera Naam Karegi Roshan, Sanjivani, Virrudh, and Singhasan. He was awarded the Sangeet Natak Akademi Award in 2011 for his contributions to the theatre. He also gained the National Film Award for Best Actor for his work in the Marathi film Anumati.