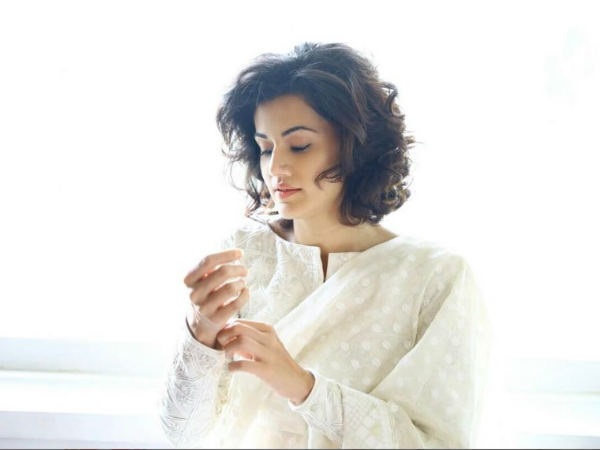 Taapsee Pannu EXPOSES Bollywood's Ugly Side, Says She Was Tagged 'Bad Luck' & Thrown Out Of Films!

What's Nay: Some more grip on the narrative woud have the film even more impact

'Bihar Ki Dulhari' Anaarkali (Swara Bhaskar) is an orchestra singer in Aarah who makes the crowd go beserk with her innuendo-laden lines and suggestive 'latkas' and 'jatkas'. She is unbashed about her sexuality and at a point in the film even admits that she is no 'Sati Savitri'. But does that give a man the right to touch her without her consent?

It so happens that one of her admirers, Dharmendra Chauhan (Sanjai Mishra) who happens to be the Vice Chancellor of a prestigious university ends up molesting her in an inebriated state in front of the audience during a show. Enraged by this heinous act, Anaarkali slaps him in full public view and insists on filing a police FIR against him.

Unfortunately, Chauhan turns the table over her and uses his affluent powers to get her arrested in a flesh trade case. If that isn't enough, he even sends his men to bump her off. Anaarkali who is on a run soon lands up in Delhi escaping from her pursuers.

Will she make a fresh start there and live up our dreams or return back to Aarah to fight for her dignity and teach Chauhan and his men a lesson? The rest of the film revolves around this plot.

Avinash Das handles a sensitive subject in Anaarkali of Aarah with panache and gives you a gripping watch. It's quite a task to make a film where the dialogues and the situations involve crudity and portray it without resorting to vulgarism. Das pulls off a good job with his skilful treatment to the film.

On the flip side, Anaarkali Of Aarah takes too much of time in building up the narrative leading the film to lose its steam in certain portions. Post interval, things slow down a bit and that might not appeal to all. But it's Swara Bhaskar's explosive act in the climax that makes you forgive the makers most of their flaws.

Swara Bhaskar as the Aarahwali Anaarkali proves the mettle of her acting prowess yet again. It isn't easy to portray a character that's bold and at the same time equally vulnerable. But the actress flips over both the sides like a pro and leaves a lasting impression. Her Anaarkali floats like a butterfly but stings like a bee. She smokes bidis, chews paan and abuses unapologetically.

Pankaj Tripathi who gets to swing his waist, Sanjai Mishra's villain with a knack for humorous punches, Ishteyak Arif Khan who wants to help the leading lady for 'desh ke khatir' and Mayur More as Anwar who shares a closr-knitted bond with Anaarkali- all these characters add various layers to the film.

Anaarkali Of Aarah makes a very strong statement about feminism and women empowerment just like last year's Amitabh Bachchan- Taapsee Pannu starrer Pink. Only this time, the setup has been moved to a small-town landscape and fighting for her dignity is a woman who may not possess literary knowledge but is educated enough to stand on her feet and fight her own battle through her weapon of music.

The rustic flavour of the dialogues add authenticity to the base of the film. The editing too goes well. If only the grip over the narrative had been a bit more tigher to create impact of even more intensity.

The songs are an integral part of the narrative and lend earthiness to the plot. Badnaam Jiye De Gaari makes for a beautiful thumri whereas Sonu Nigam's Mann Bequaid Huva is a melodious hear. The rest of the songs are loud and suggestive keeping in sync with what Anaarkali's character in the film.

There is a line in the film where the female protagonist quips, "Aaj ye toh aar paar hoga..nahi hum toh aara ki Anaarkali nahi samjhe". 'Anaarkali' Swara stays true to these words. At the same time, she also delivers an important message to take back home about how one's profession shouldn't colour our opinion about their integrity and moral values.

This show of Anaarkali Of Aarah is worth a visit!